SsangYong Motor sold 7,656 vehicles in January, down from 10,988 units a year ago, due to lower demand for its models, such as the G4 Rexton and Rexton Sports SUV, the company said in a statement.

SsangYong Motor's lineup is composed of the flagship G4 Rexton, as well as the Tivoli, Korando and Rexton Sports.

In bankruptcy proceedings in March 2011, Mahindra acquired a 70-percent stake in the carmaker for 523 billion won as part of its globalization strategy.

Mahindra currently owns a 74.65-percent stake in SsangYong Motor after two rounds of rights issues worth 130 billion won since 2013. 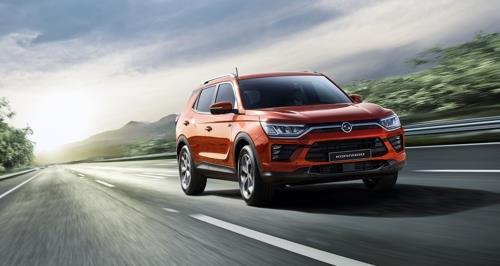 Keywords
#SsangYong Motor-Jan. sales
Issue Keywords
Most Liked
Most Saved
Most Viewed All Categories
Most Viewed More
Most Viewed Photos