The agreement calls for joint infrastructure investment in Korea and the U.S. as well as in other countries, such as those in Latin America and Southeast Asia.

The agreement is expected to "give an opportunity for Korean firms to make investments into shale gas pipelines, plant construction and renewable energy development," Kim said at the meeting.

The agreement also includes financial and regulatory cooperation to support the private sector, as well as on forming a working group to jointly develop global infrastructure, the ministry said. 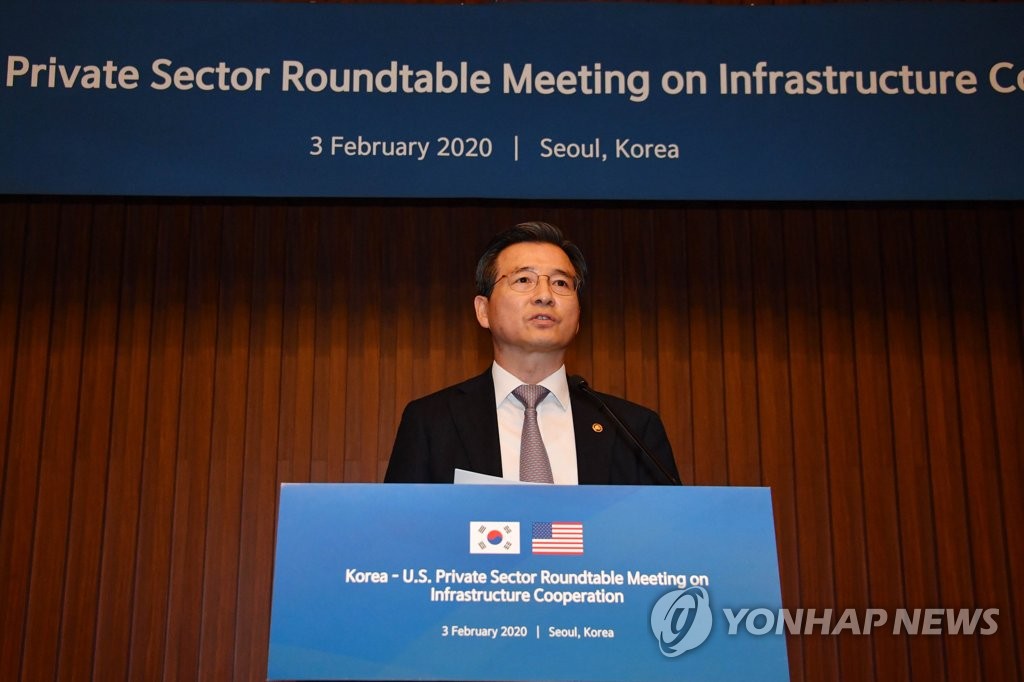