SEOUL, Feb. 3 (Yonhap) -- A military tension-reduction agreement signed in 2018 between South and North Korea caused no restrictions on joint military exercises between the South and the United States, Seoul's defense ministry said Monday.

The agreement calls for a series of measures, such as the stopping of all hostile acts against each other, to reduce tensions on the peninsula and build trust.

"Field trainings and firing drills by armored units (of South Korea and the U.S.) have been carried out in diverse ways in compliance with the military agreement," Choi told a regular briefing, adding that the allies have staged their exercises "as planned without a hitch."

The media speculation comes as, according to a military source, the Seoul military is pushing to transport its weapons, such as armored vehicles and guns, to the Fort Irwin National Training Center in the Mojave Desert in California for joint exercises.

South Korean service personnel have often visited the U.S. for joint exercises, but their military equipment has never been involved in exercises that took place on U.S. soil.

Asked about the reported plan, spokesperson Choi said that no detailed plan has been made as of now, but she stressed the South Korean soldiers have been sent to the U.S. for joint exercises as part of Seoul's efforts "to maintain a strong readiness posture and to be prepared for the transition of the wartime operational control."

In order to support ongoing diplomacy with North Korea, the South Korean and the U.S. military authorities have scaled back or canceled their combined exercises. Pyongyang has strongly complained about the drills, calling them a rehearsal for invasion into the North.

Though some critics have argued that the adjustment could weaken their alliance and combined posture, Seoul and Washington say they have "adjusted" the drills, which has not affected their posture at all. 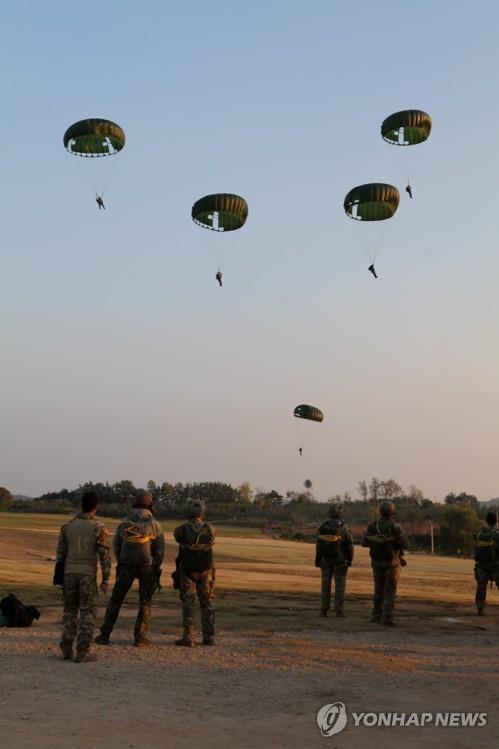