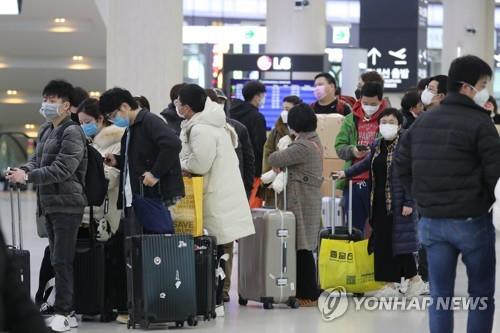 In a related step, Incheon International Airport, the main gateway to South Korea located just west of Seoul, said it will assign three arrival gates exclusive to passengers flying in from China: two gates at Terminal 1 and another at Terminal 2.

Once they land, these travelers will be led to the designated quarantine inspection area, and they'll be asked to provide their phone numbers. And then using some 30 telephones installed at each of the three gates, airport officials will dial those numbers to see if the travelers can be reached.

At Terminal 1, passengers getting off the plane from China will leave through Gates A and F, situated at opposite ends. At Terminal 2, Gate A will be reserved for travelers flying in from China. 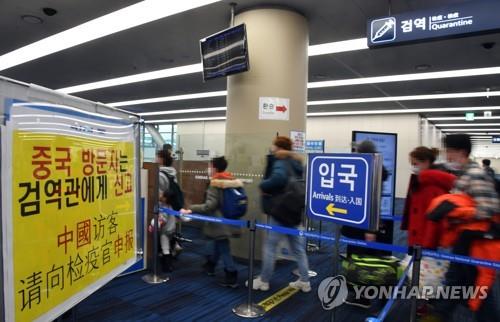