This was the opening Group A match in the third round of the Asian qualifying for the 2020 Tokyo Olympics, with Vietnam being the other nation in the group. Coached by Englishman Colin Bell, South Korea will next face Vietnam on Sunday. The top two teams from the group after the round-robin play will advance to the next round. 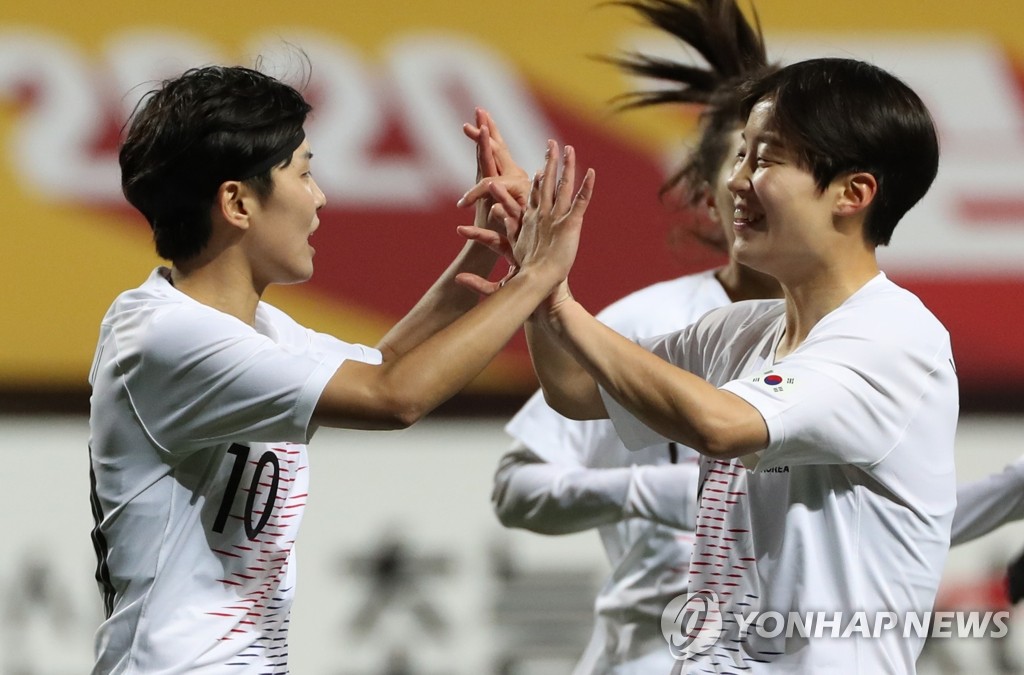 Women's football made its Olympic debut in 1996, and South Korea have never played at the quadrennial competition.

Against the 44th-ranked Myanmar, world No. 20 South Korea needed just six minutes to get on the board.

Kang Chae-rim was awarded a penalty when she was pushed down in the box by Tun Khin Marlar in the fifth minute. Ji stepped up and rolled her shot into the bottom left corner past Mya Phu Ngon for a 1-0 lead. 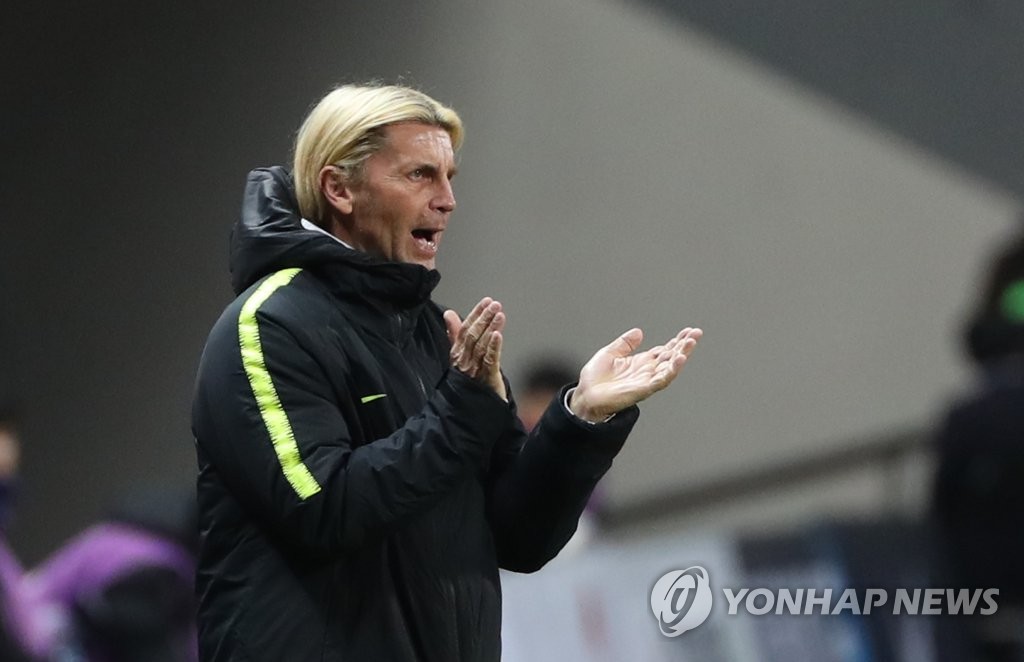 Lee So-dam doubled the lead in the 37th minute. Kang headed down a Shim Seo-yeon cross, and after the ball went off the leg of a Myanmar defender, Lee pounced on the loose ball and struck it into the top shelf.

Ji picked up her second goal of the match seven minutes into the second half. Park Ye-eun made a deft one-touch pass to spring Ji into the box, and the Chelsea FC Women attacker got behind the defense to put South Korea up 3-0.

Less than a minute later, Ji returned the favor to Park, as her diagonal pass set up Park's first career international goal in her fifth appearance.

Park picked up her second goal in the 71st minute, with Ji once again feeding her. This time, Ji sent in a sharp cross from the left wing, and Park beat goalkeeper Mya Phu Ngon to the ball and headed it in.

Yeo Min-ji came off the bench to join the party in the 81st minute, when she headed home a Lee So-dam corner.

Yeo then rounded out the scoring in the 89th, with Kim Hye-ri's sharp cross finding its way through the porous defense and landing on Yeo's feet for an easy score.

South Korea have now won all six meetings against Myanmar. 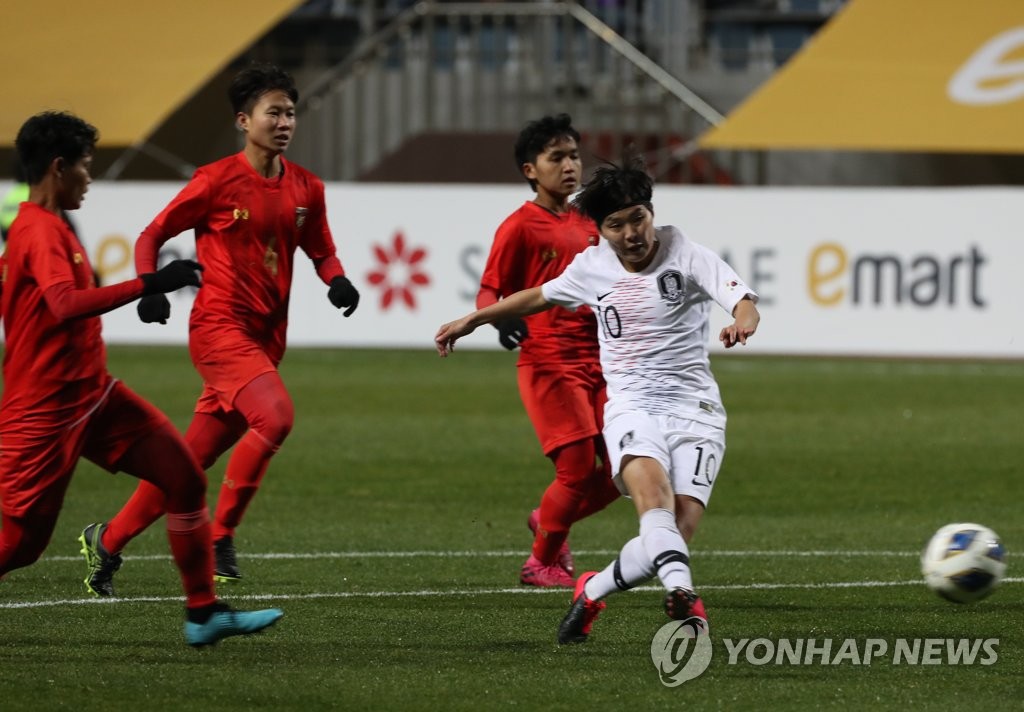