WASHINGTON, Feb. 3 (Yonhap) -- U.S. President Donald Trump urged Republicans in Iowa to vote in the caucus Monday, citing as one of his accomplishments a revised trade deal with South Korea.

Trump's message on Twitter came hours before the Iowa caucuses for the Republican and Democratic parties, the first major balloting for the November presidential election.

"Republicans in Iowa, go out and Caucus today," the president wrote. "Your great Trade Deals with China, Mexico, Canada, Japan, South Korea and more, are DONE. Great times are coming, after waiting for decades, for our Farmers, Ranchers, Manufacturers and ALL. Nobody else could have pulled this off!"

Trump has often touted his administration's trade deals, including the renegotiation of the South Korea-U.S. free trade agreement in 2018.

Under the new deal, the U.S. was able to extend tariffs on Korean pickup trucks by another 20 years to 2041. It also doubled the number of American cars that can be exported to South Korea without further modification.

In exchange, South Korea won an exemption from new U.S. tariffs on steel imports but still faces an annual quota of 2.68 million tons, or about 70 percent of its steel exports to the U.S. in recent years. 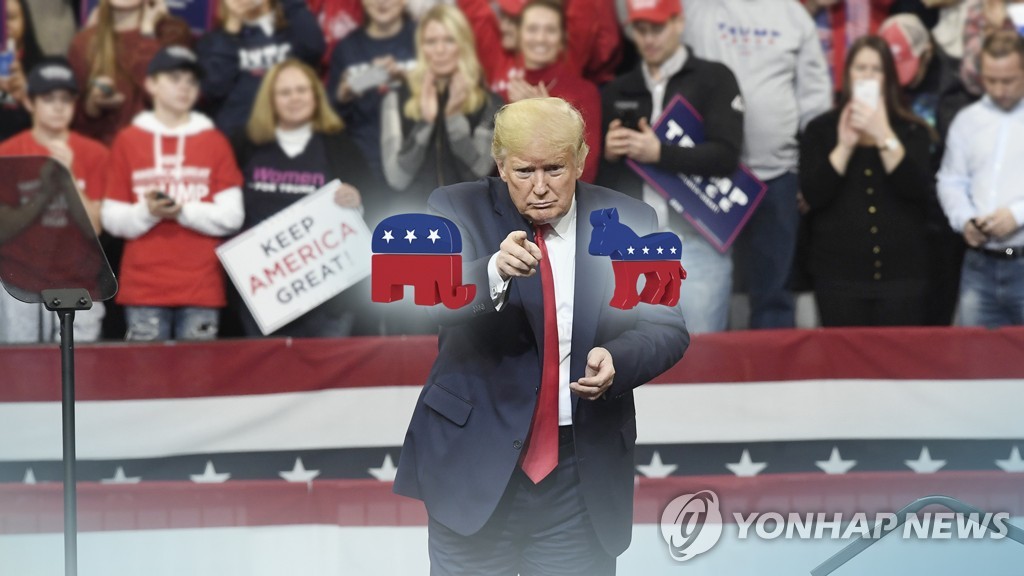