SEOUL, Feb. 4 (Yonhap) -- This year's Daejong Film Awards, one of the prominent film events in South Korea, has been postponed amid fears of the spread of the new coronavirus, organizers said Tuesday.

"We've decided to tentatively put off the awards ceremony as there are growing concerns over the safety of audiences and artists due to the widely spreading coronavirus," said the organizing committee of the 56th Daejong Film Awards.

The annual event was to be held Feb. 25 at the Peace Hall of Kyunghee University in Seoul.

South Korea, which has 15 confirmed cases of the virus as of Tuesday morning, has been beefing up quarantine efforts to prevent the further spread of the contagious virus

A number of cultural events and performances have been postponed, while hundreds of kindergartens and schools have delayed reopening after winter vacation. 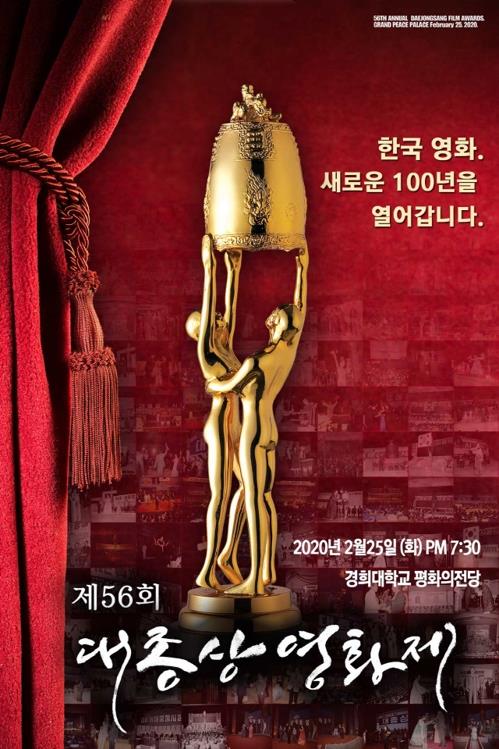