SEOUL, Feb. 4 (Yonhap) -- South Korea's financial authorities said Tuesday that they are working on a plan to provide emergency liquidity to smaller firms and self-employed people hit hard by a new coronavirus.

The plan includes extension the maturity of debts and provision of fresh loans to eligible smaller firms and self-employed people, officials said.

Businesses that could be eligible for the financial assistance are likely to include restaurants, lodging facilities and others in the tourism sector.

The authorities could announce a set of measures as early as next week to support businesses hit hard by the deadly virus, officials said. They added that government ministries were coordinating on the scope of the financial assistance. 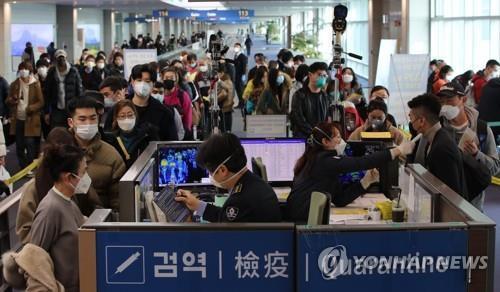 The move comes amid a sharp decline in the number of Chinese travelers -- who once accounted for nearly half of all visitors to South Korea.

Earlier in the day, South Korea began to bar all foreigners who have traveled to China's Hubei Province -- the capital of which is Wuhan, where the outbreak started -- in the past two weeks from entering South Korea in a move to stem the spread of the disease.