The benchmark Korea Composite Stock Price Index rose 39.02 points, or 1.84 percent, to 2,157.90, ending the selling streak for the past three days sparked by the rapid spread of the novel coronavirus.

China added stimulus measures to shore up growth, and the People's Bank of China announced its plan to inject US$21.7 billion into markets last week, analysts said.
The KOSPI plunged 5.7 percent last week. 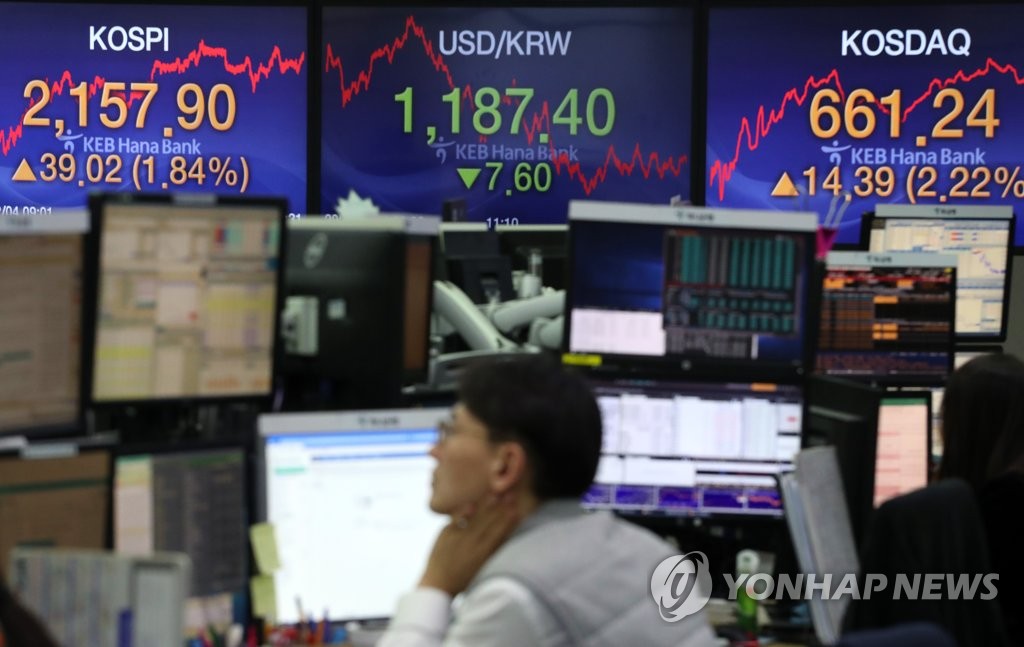 Still, investors will remain wary as global stock markets are highly volatile due to the coronavirus outbreak that is continuing to spread across borders and is driving down demand in China, the world's second-biggest economy after the United States.

Since the outbreak in the Chinese city of Wuhan late last year, the new coronavirus has killed at least 425 and infected more than 20,000 people in China as of Tuesday and reached 24 countries, including the U.S.