SEOUL, Feb. 4 (Yonhap) -- North Koreans have been moving around in large groups without wearing masks in state-organized events despite the government's campaign to prevent an outbreak of the new coronavirus, according to state media reports on Tuesday.

The North's main newspaper, the Rodong Sinmun, carried photos of participants in a 250-mile journey to celebrate the North's late founder and grandfather of the current leader, Kim Il-sung, saying they arrived in Phophyong in Ryanggang Province bordering China on Monday.

Photos showed hundreds of people gathered in a plaza and marching together without masks.

"At Phophyong, they were warmly welcomed by schoolchildren, officials and working people in Kim Hyong-jik County," the newspaper said.

The group began the journey in mid-January in Pyongyang.

On Sunday, another group of schoolchildren from across the country started an expedition to the birthplace of the late former leader and the current leader's father, Kim Jong-il.

These group expeditions came amid the North's efforts to prevent an outbreak of the new virus, which originated in the Chinese central city of Wuhan.

Pyongyang has stepped up its anti-coronavirus campaign, calling it an "important political matter" that could affect its existence.

The country has shut down all its air and railway routes to and from China and decided to keep all foreigners arriving in the country via China to be quarantined for up to one month.

North Korea has yet to confirm any coronavirus outbreak, though the virus has been spreading fast in China and many other countries. It has so far killed at least 425 and infected more than 20,000 people in China. 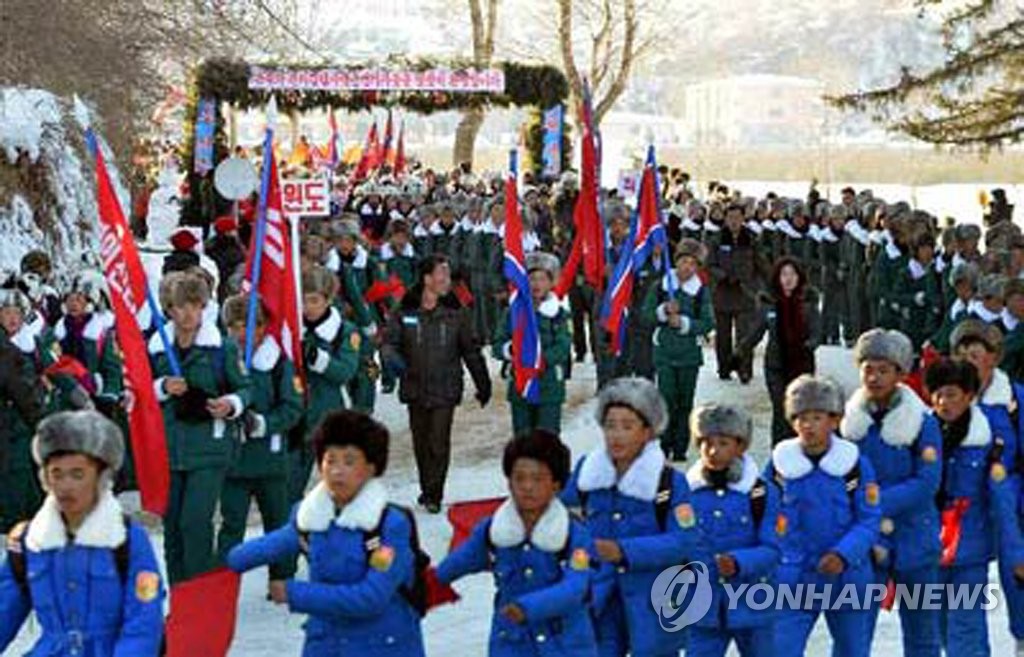