SEOUL, Feb. 4 (Yonhap) -- The prosecution called in Choi Gee-sung, a former senior Samsung executive, on Tuesday for its probe into suspicions surrounding Samsung Group's controversial merger of two affiliates in 2015.

The prosecution is looking into allegations that senior Samsung officials intentionally lowered the value of Samsung C&T prior to the merger to help Samsung Electronics Vice Chairman Lee enhance his control of the top conglomerate. 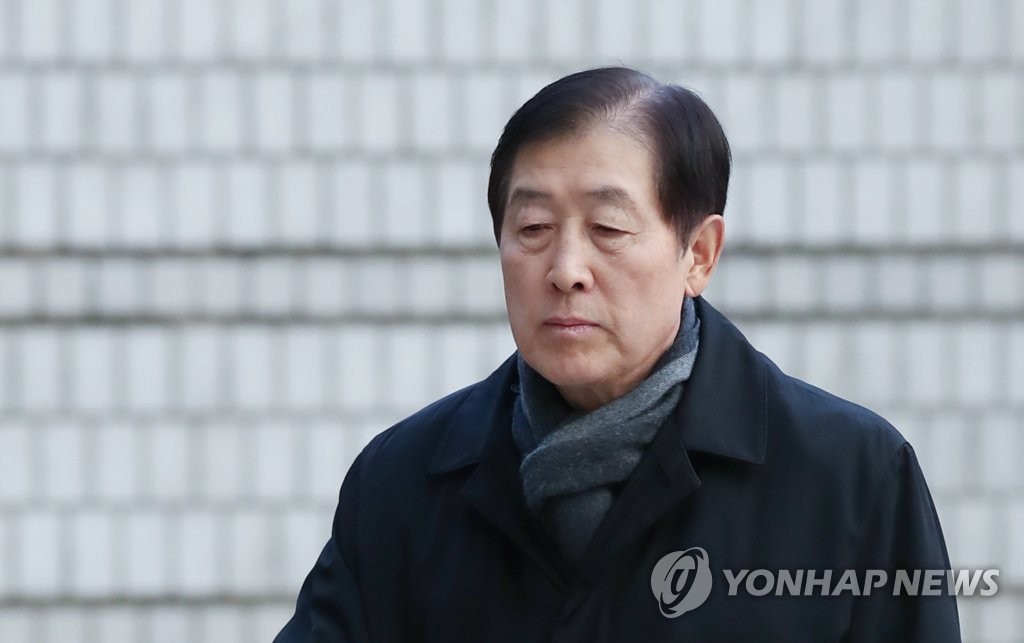 In a related move, the prosecution is investigating allegations that an account fraud at Samsung BioLogics was intentionally carried out to inflate the value of Cheil Industries ahead of the merger. The bio-health unit is an affiliate of Cheil Industries.

Expectations are growing that the prosecution may call in Lee, son of group chief and now-ailing Lee Kun-hee, for the probe.

The younger Lee was the largest shareholder in Cheil Industries, a unit that produces textiles and chemicals, with a 23.2-percent stake.

A fall in the value of Samsung C&T could have paved the way for a merger ratio advantageous to Lee.

Choi, who led the Future Strategy Office from 2012-2017, exerted a powerful influence on the group as a de facto No. 2 official until he resigned over his involvement in a corruption scandal involving former President Park Geun-hye.