SEOUL, Feb. 4 (Yonhap) -- President Moon Jae-in called Tuesday for thorough measures to cushion the blows of the mushrooming coronavirus outbreak on the South Korean economy, citing the possibility of a drawn-out pandemic.

"(The government) should hurry to map out countermeasures in various ways to minimize the impact and damage that our economy would suffer in preparation for the worst-case scenario of a prolonged incident," Moon stressed.

He was presiding over a weekly Cabinet meeting at Cheong Wa Dae, wearing a yellow jacket, which symbolizes the government's response to emergency situations. 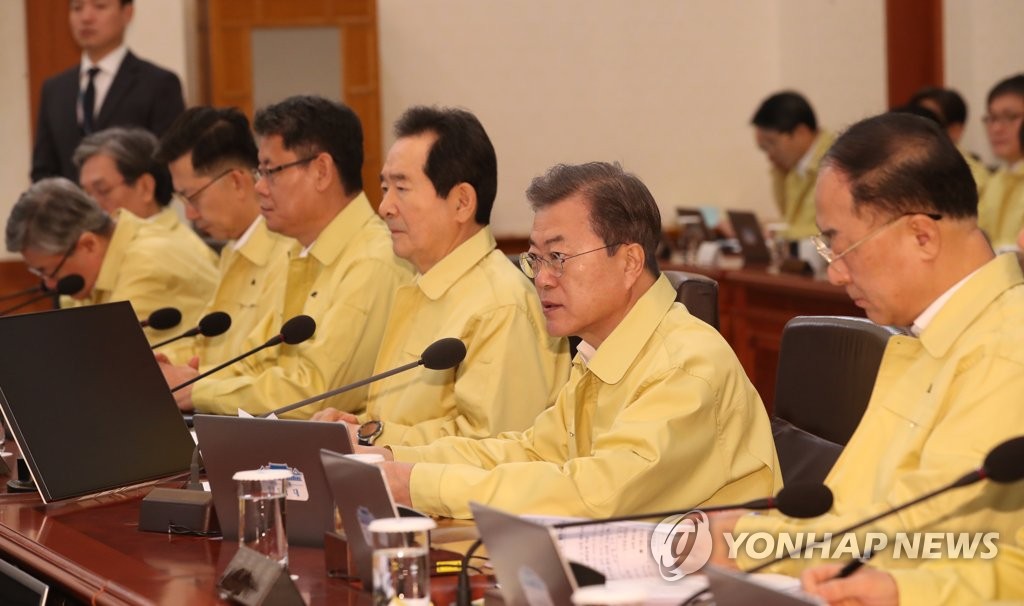 Having long gone through multiple troubles, South Korea's export-driven economy has shown some signs of recovery recently. Starting this year, Moon has stated a policy goal of yielding "tangible results" in efforts to revitalize the economy.

But the cross-border spread of the new deadly virus has cast a pall over the growth outlook. Chinese factories have been halting operations, derailing some global supply chains, with the tourism industry suffering a heavy setback as well, Moon pointed out.

"Difficulties in exports, tourism and industries have become a reality," he said, adding South Korea's economy and the livelihoods of its people are confronted with renewed woes due to an "unexpected" factor.

"It is a miserable situation, but it is a matter that (we) have to overcome. It is a mountain to pass and a river to cross," he said. "We have enough capabilities to overcome it."

He instructed the Cabinet to take fiscal steps as planned, emphasizing the need for the government to make "swift fiscal investment" when the civilian sector is in trouble.

Despite internal and external difficulties, changes and innovation should go on, he added, calling on the government to accelerate the drive for regulatory reform and new growth engines.

He also reiterated the government's commitment to all-out efforts to contain the virus as early as possible, as a total of 16 confirmed cases have been reported here as of Tuesday morning.

"Protecting the people's safety is the reason for a state to exist and the basic responsibility of a government," the president emphasized.

He then ordered the release of information on the latest viral outbreak "swiftly and accurately" to the public in order to help prevent fake news.

"Fear and anxiety, overblown beyond facts, would deepen the difficulty of our economy," he said, adding the economy is considerably affected by public sentiment.

Moon called for efforts to turn the ongoing trouble into a chance to strengthen the competitiveness of South Korea's economy as it has done in coping with Japan's export curbs. 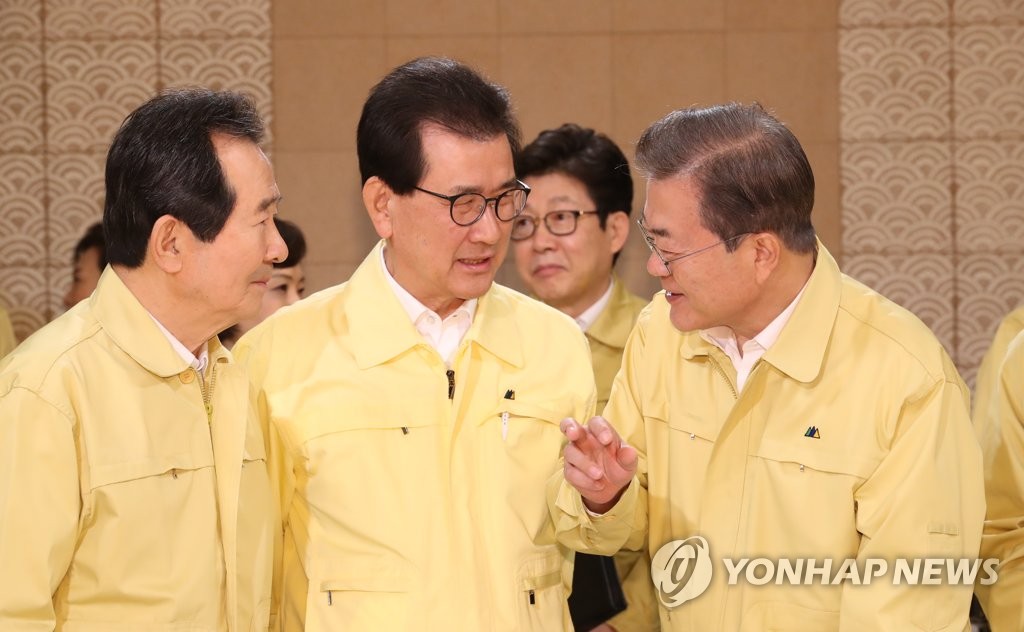 "Close cooperation and coordination between the central government and local authorities is absolutely necessary to prevent the spread of an infectious disease in the local community," the president said.