According to data compiled by the Korean Film Council, a total of 16.8 million people went to theaters over the one-month period.

It is the lowest January score since 2012, when the local box office posted 16.6 million in admissions in the month.

The decrease came as people have refrained from going to cinemas in the last two weeks amid rising concerns over the contagious virus. Since South Korea reported the first confirmed case on Jan. 20, the tally has risen to 16 as of Tuesday.

During the four-day Lunar New Year holiday from Jan. 24-27, 4.95 million tickets were sold, slightly up from 4.88 million people tallied a year earlier. But the number fell to a daily 280,000 on Friday last week.

The downbeat trend of the number of moviegoers is expected to continue in February as 820,000 people came to theaters Saturday and Sunday, compared with about 2.7 million admissions recorded in the previous week and about 1.2 million two weeks ago.

Film distributors are considering delaying the local release of new films due to the virus outbreak.

Distributor Megabox Plus said Tuesday it will reschedule the release of the Korean crime thriller "Beasts Clawing At Straws." The film starring Jeon Do-yeon and Jung Woo-sung was set to hit local theaters on Feb. 12. 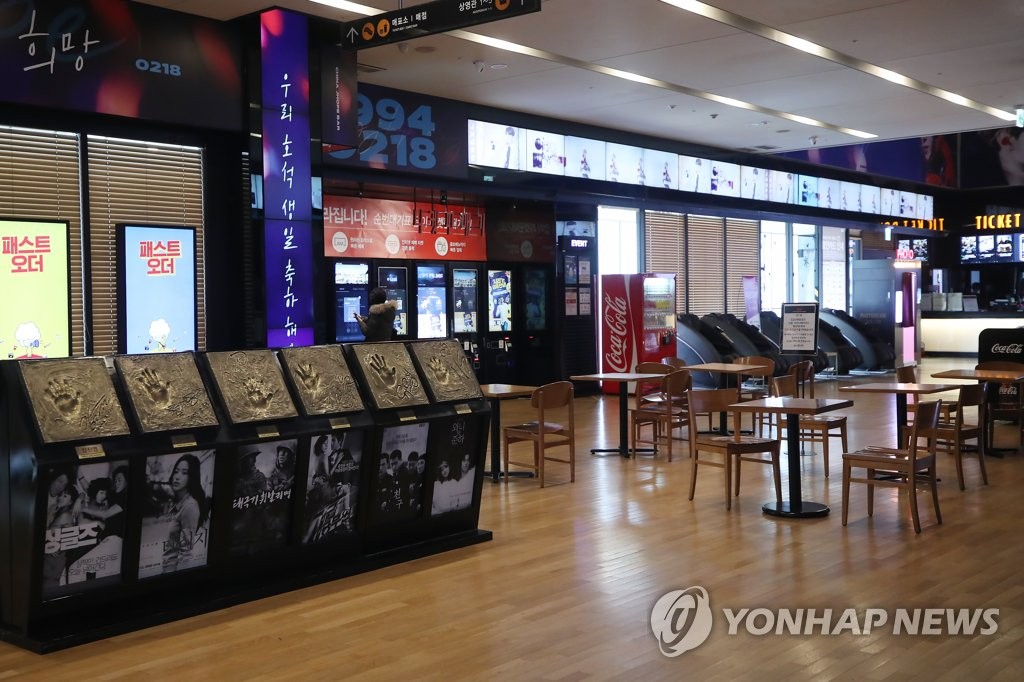