SEOUL, Feb. 4 (Yonhap) -- South Korea said Tuesday that coronavirus test kits will be available at hospitals across the country this week in a move to better fight the fast-spreading new virus.

The Ministry of Food and Drug Safety said it will allow the real time test kits to be used at some 50 designated clinics from Friday, with the test results coming out within six hours, shorter than the current 12 hours.

"The temporary authorization to permit the kit produced by Seoul-based Kogen Biotech was decided after it was checked by both the government and private medical experts with expertise in this field," the agency said.

The kits will make it possible for 4,200 people per day to be tested for the virus, the drug safety agency said. It said that China, which has been hit the hardest by the latest outbreak, allowed its hospitals to use a similar kit to identify infected people.

South Korea has reported 16 confirmed cases of viral infection with 129 people under quarantine and being tested. It is also monitoring 1,318 people who have come in contact with infected people for any signs of illness. 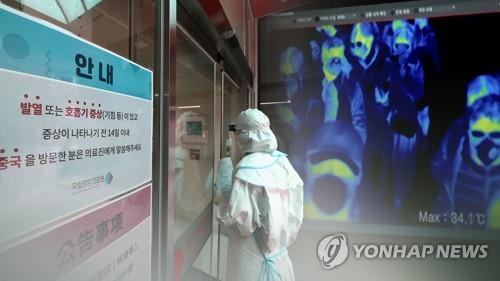