Their meeting took place while Aquilino is in South Korea for a five-day trip that began on Sunday.

"The two sides agreed continued cooperation to militarily support their governments' efforts for the complete denuclearization of and the establishment of a lasting peace on the Korean Peninsula, while further strengthening their joint defense posture based upon a staunch South Korea-U.S. alliance," the JCS said in a release.

Calling the alliance "the most successful and strongest in history," Sim vowed continued efforts to boost cooperation between their navies, his office said.

Sharing the notion, the U.S. commander said that the alliance is crucial for regional peace and stability, and strong ties between them will continue down the road, the office added.

While in South Korea, Aquilino also plans to visit the 2nd Fleet headquarters in Pyeongtaek, south of Seoul, where the Cheonan warship, torpedoed by North Korea in 2010, is in dry dock. 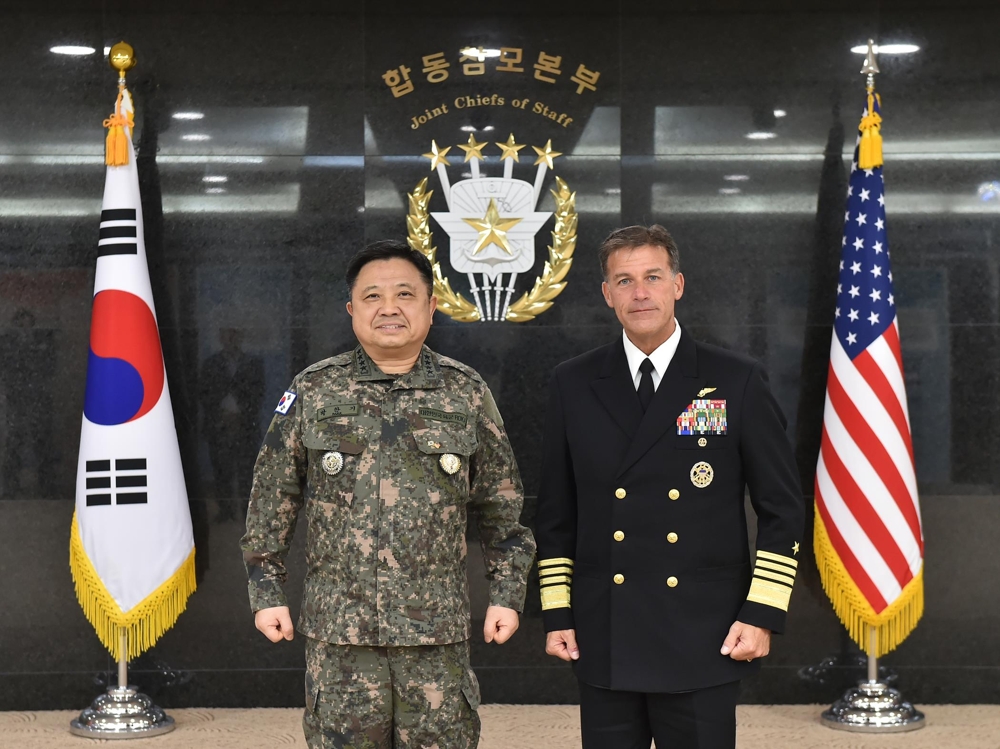 Keywords
#Korea-U.S.S alliance #denuclearization
Issue Keywords
Most Liked
Most Saved
Most Viewed All Categories
Most Viewed More
Most Viewed Photos