The country's FX reserves came to US$409.65 billion as of end-January, up $840 million from a month earlier, according to the data from the Bank of Korea (BOK). 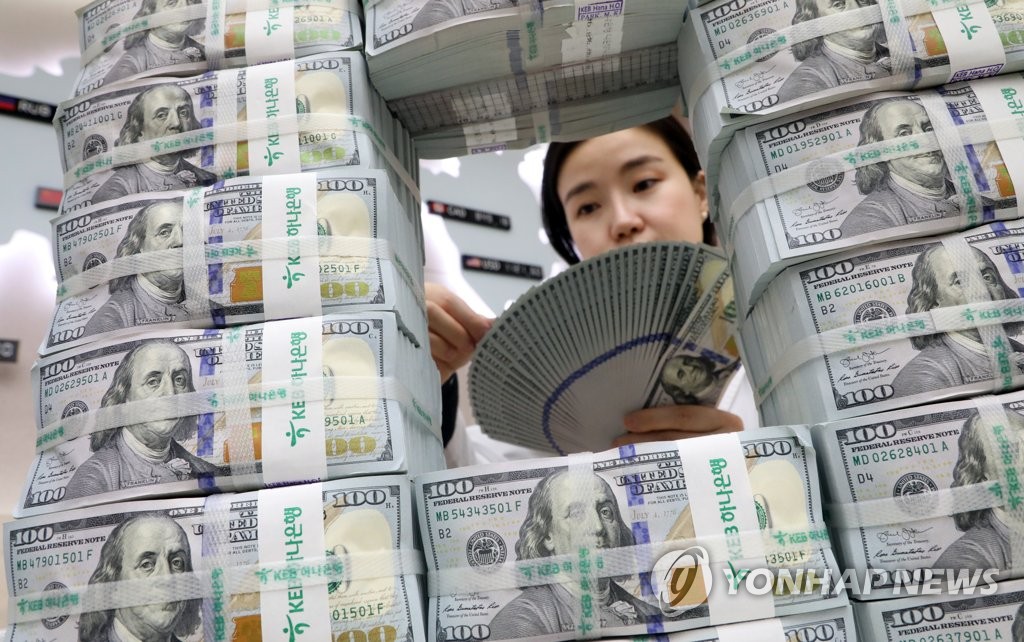 The increase came despite a drop in the U.S. dollar value of reserves held in other foreign currencies.

"It stems largely from an increase in earnings from operating the foreign exchange assets," the BOK said.

As of end-January, South Korea held $378.45 billion worth of foreign securities, down $6.58 billion from a month earlier.

Its special drawing rights slightly dropped to $3.34 billion from $3.35 billion, while its gold holdings remained unchanged at $4.79 billion.