INCHEON, Feb. 4 (Yonhap) -- No South Korean table tennis player had a better month of January than Jang Woo-jin. The 24-year-old helped the men's national team secure a spot at the 2020 Tokyo Olympics at a qualifying tournament in Portugal. Then in the final week of January, Jang teamed up with Cho Dae-seong for the men's doubles title at the German Open, an International Table Tennis Federation (ITTF) World Tour Platinum event.

That they beat the heavily favored Chinese tandem of Ma Long and Lin Gaoyuan in the final was an encouraging development in an Olympic year. But Jang, who arrived back home Tuesday, said he thinks he could have played much better. 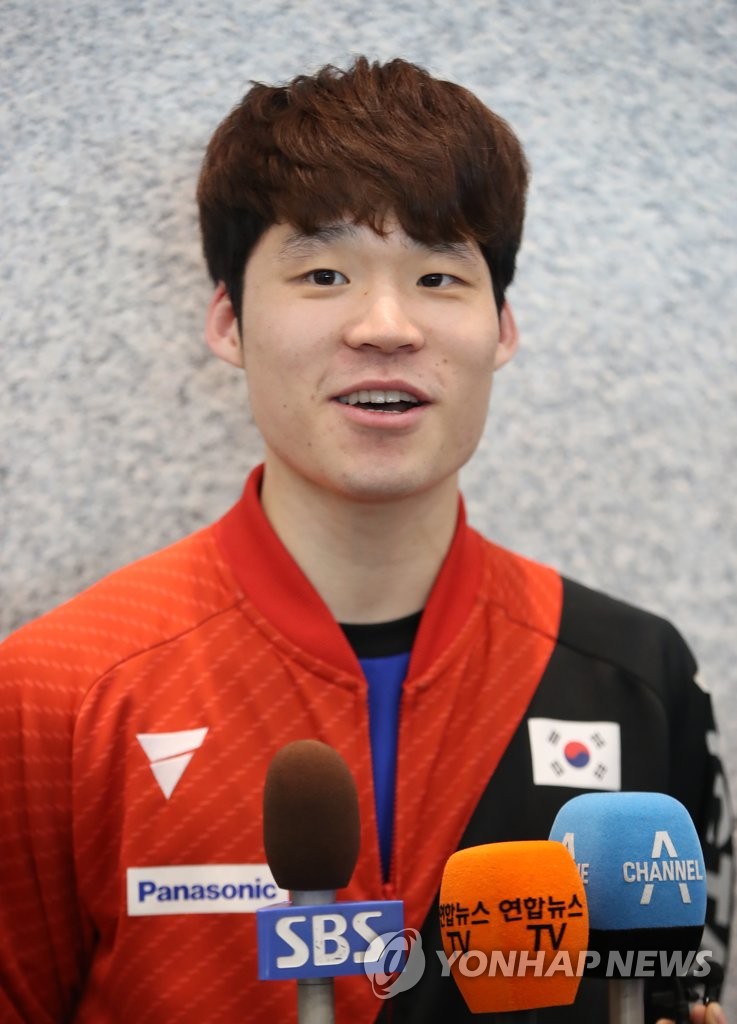 "Obviously, beating the Chinese players in the doubles was a huge confidence boost, but I don't think I played particularly well at the German Open," Jang told reporters at Incheon International Airport, just west of Seoul. "In the past, I could rely on my strong forehand against players from China. But I think they've got it all figured out. Even though we won the final, I wasn't satisfied with my performance level."

In particular, Jang said he has to improve his backhand, noting that he felt like he "hit a wall" in terms of his techniques in Germany.

The emerging doubles star is clearly holding himself to high standards. Jang is 17th in the world, and his partner, Cho, is still just 17 and is ranked 122nd. When they went up against Ma and Lin, ranked third and fourth in the world, the safe money would have been on the Chinese duo.

But the South Koreans prevailed in a five-set battle and took the deciding frame handily at 11-6.

"We saw this competition as the beginning of our road to the Olympics," Jang said. "And it was nice to get off to a good start." 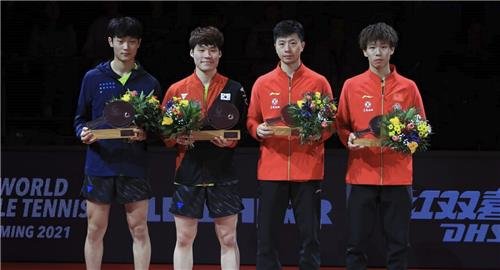 China remains the dominant force in international table tennis. It swept up four gold medals at stake at the 2016 Olympics in the men's singles, men's team, women's singles and women's team. The mixed team event has been added for this year, and China is once again favored to run the table and win all five titles.

South Korea has its best shot at reaching the podium in the men's team event, and the country will go only as far as Jang will take it.

"I used to get all excited whenever I beat Chinese players in the past," Jang said with a smile. "But this victory didn't feel like that big a deal."

Jang's coach, Kim Taek-soo, was far more effusive in his assessment than Jang himself.

"The way (Jang and Cho) were playing, we could easily have won without dropping a set," Kim said. "The Chinese players looked rattled. Our guys should be proud of themselves. I think we've beaten China more than anyone else recently."

At the Olympic qualifying tournament, Kim said his players outperformed their opponents in every aspect.

"I was a nervous wreck, and I am sure the players felt the same pressure," the coach said. "But they showed really good character and played great as a team. With that kind of determination, we should be competitive at the Olympics."