SEOUL, Feb. 4 (Yonhap) -- A majority of South Korea's monetary policy board members apparently see gradual but definite signs of improvements in economic conditions surrounding the country, minutes from their latest rate-setting meeting showed Tuesday, possibly indicating the board may stand pat on rate cuts for some time.

"The local economy continues to face an overall slump but is showing signs of improvement in certain sectors," one of the board's seven members told the meeting held Jan. 17, according to the minutes from the meeting released by the Bank of Korea (BOK). 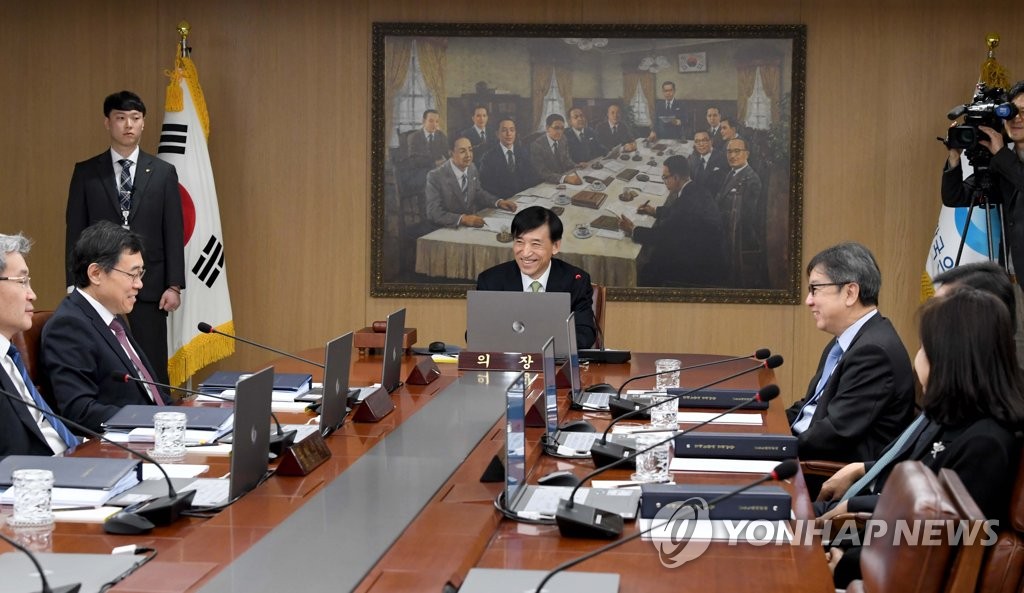 "The U.S.-China trade relations and the global semiconductor market that have worked as very negative factors on our exports and facility investment are showing gradual movements toward positive changes," the board member was quoted as saying.

The unidentified member was one of five who voted for a rate freeze in this year's first rate-setting meeting.

South Korea's policy rate has been frozen at a record low of 1.25 percent since October when the BOK board slashed the base rate by a quarter percentage point to match the all-time low in its second rate cut in three months and also in three years.

Still, the board has been, and still is, expected to further reduce the key rate to help accommodate Asia's fourth-largest economy.

The economy, which grew at a decade low of 2 percent last year, is forecast to expand 2.3 percent this year, the slowest growth since 2009 except for last year.

Two of the seven board members voiced a need to cut the base rate to 1.0 percent, insisting the economic conditions at home and abroad remain uncertain, according to the minutes.

"The conditions facing our economy appear to have not changed much since the last monetary policy board meeting in November. The U.S.-China trade war is showing signs of easing for now, but they only seem to have kept the dispute from further escalating," a board member said.

"Also, with the emergence of the geopolitical risk called the Iran crisis, it is difficult to conclude that conditions for global trade have improved," the member added.

The majority of five, however, noted the recent trade deal between Washington and Beijing, as well as a possible recovery in the global chip market, may lead to a rebound in South Korea's exports.

Such a large and steady decline has partly been attributed to the trade dispute between the world's largest economies that are also the largest importers of South Korean products.

"It may be too early to be too confident but there is a growing expectation that the slump in our country's exports and facility investment may be eased on progress in the U.S.-China trade negotiations," a board member said.