SEOUL, Feb. 4 (Yonhap) -- Seungri, a former member of K-pop boy band BIGBANG, has been sent a notification of his mandatory military service, while he has been on trial on charges of gambling and arranging prostitution, the military manpower agency said Tuesday.

Last month, the prosecution indicted the scandal-ridden celebrity without physical detention on charges of gambling overseas and breaching the foreign exchange transaction act, as well as the act on the punishment of arranging commercial sex acts.

"As the investigation into singer Seungri finished, we've sent the notice to have him serve the due duty," the Military Manpower Administration (MMA) said in a release.

If he is allowed to postpone military service repeatedly because of his trial under way at a civilian court, he could eventually end up evading the service as the legal age limit for the service could pass, the agency said.

The agency did not disclose the exact date as it is part of his personal information, but the government generally sends the notice to draftees around a month ahead of the designated date.

If Seungri submits a written request for postponement with a relevant reason, as stipulated in the conscription law, the administration is supposed to deliberate on that and make a final decision.

Under the country's conscription law, a man subject to mandatory military service can delay enlistment before turning 31 if he lives abroad or is under detention or serving a prison term due to a criminal conviction, among other reasons.

Last year, he sought postponement while under a prosecution probe, and the request was accepted. Seungri turned 30 this year.

Noting that his case will be referred to a military tribunal upon his enlistment, the agency vowed to "proactively collaborate with the prosecution for consistent and fair trials."

All able-bodied South Korean men must carry out service for about two years in a country that faces North Korea across a heavily fortified border.

Seungri, whose real name is Lee Seung-hyun, is accused of arranging sex services for acquaintances from Japan, Taiwan and Hong Kong between December 2015 and January 2016. He also allegedly used such sex services.

Seungri ceased all entertainment activities in March last year after Burning Sun, a nightclub he was affiliated with, was probed over drugs and sexual abuse. 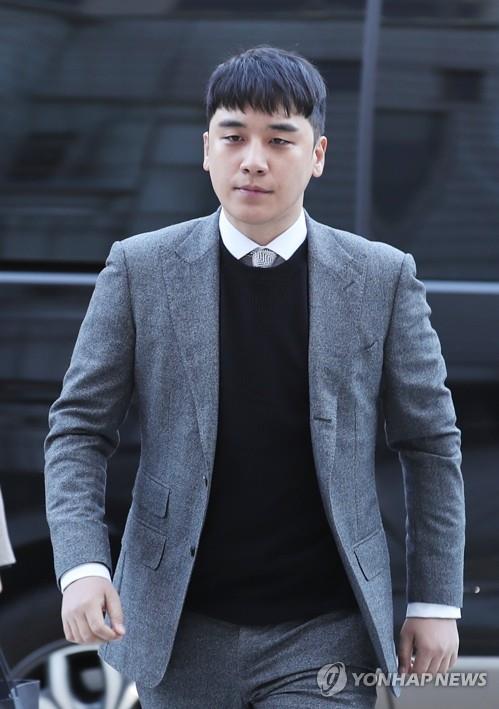