SEOUL, Feb. 5 (Yonhap) -- LG Electronics Inc. said Wednesday it has decided to withdraw from an upcoming mobile technologies trade fair due to concerns over the fast-spreading novel coronavirus.

LG said it will not take part in the Mobile World Congress (MWC) 2020 in Spain, becoming the first South Korean company to cancel its presence at the event scheduled from Feb. 24 to 27 in Barcelona as the novel coronavirus is spreading fast around the globe.

"This decision removes the risk of exposing hundreds of LG employees to international travel, which has already become more restrictive as the virus continues to spread across borders," the company said. 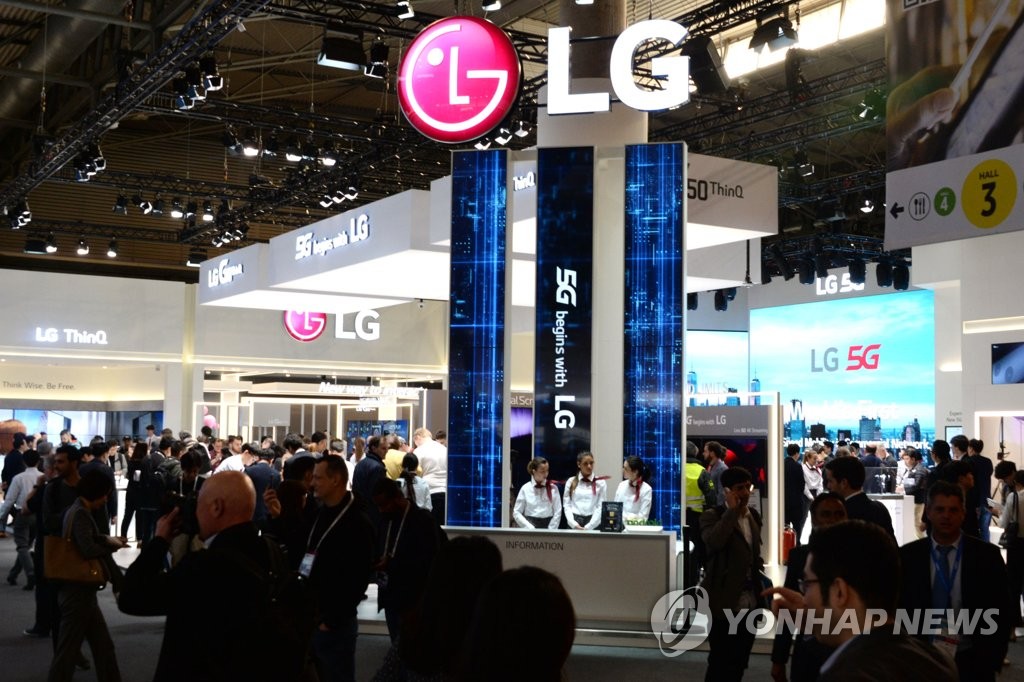 So far, more than 490 people have been killed due to the outbreak of the novel coronavirus, which started in Wuhan, China, with over 23,000 confirmed cases around the globe.

Although it is pulling out of MWC 2020, LG said its meeting with global telecommunication firms will take place in Barcelona as scheduled.

LG was expected to unveil its new smartphones, the V60 ThinQ and the G9 ThinQ, at the world's largest mobile trade show. However, LG said it will hold separate events in the near future to introduce its new handsets.

Other South Korean companies, including automaker Kia Motors Corp., said they are looking at the possibility of withdrawing from MWC 2020.

Samsung Electronics Co., SK Telecom Co. and KT Corp. said they will run their MWC exhibition booths as planned but hinted that there could be a change of plans if the situation gets worse. SK Telecom, South Korea's largest mobile carrier, already announced that it will cancel a scheduled press event at MWC 2020.

The annual gathering for the mobile industry drew nearly 110,000 visitors last year, with 6 percent of them coming from China, the fourth largest after Spain, the United States and Britain, according to data from the GSMA.

The GSMA, the organizer of MWC 2020, said last week the event will proceed as planned despite mounting fears of the novel coronavirus although it urged exhibitors and attendees to follow guidelines and protocols suggested by the World Health Organization and other health authorities.

(LEAD) LG Electronics withdraws from MWC due to new coronavirus

(LEAD) LG Electronics withdraws from MWC due to new coronavirus