SEOUL, Feb. 5 (Yonhap) -- South Korea will take additional measures to contain the spread of the new coronavirus, if needed, after checking the situation not only in China's Hubei province but also in other areas, the prime minister said Wednesday.

South Korea has reported 18 confirmed cases, of which three patients were infected with the virus after visiting Japan, Thailand and Singapore.

The participants in the meeting agreed to mobilize 3.4 trillion won (US$2.9 billion) in reserve funds to swiftly support quarantine efforts and support businesses hit by the outbreak.

But they did not make a decision on whether to impose an additional entry ban on foreign travelers coming from areas in China beyond Hubei.

"(Whether to take additional measures) will be a matter to be decided after observing the government's action and China's situation," he added.

The ruling party said it asked the government to extend a deadline for the payment of state taxes and to suspend tax inspections for small firms and exporters affected by the virus.

Meanwhile, the government is said to seek a meeting between the foreign ministers of South Korea and China on the sidelines of a security conference set for next week in Germany.

The Munich Security Conference (MSC) is scheduled for Feb. 14-16. China is reportedly seeking to send its top diplomat Wang Yi to the forum.

"The media is raising the possibility that the outbreak may affect Xi's visit to South Korea. But there have been no unusual signs so far," the government said after briefing the participants of the trilateral meeting earlier in the day.

The presidential office Cheong Wa Dae earlier said Xi will visit Seoul in the first half of the year, amid speculation that the South is pushing for his visit between March and April.

It dismissed a news report that Xi's trip will be postponed to June due to the outbreak.

The government also said the coronavirus outbreak has a limited impact on the economy but could deal a blow to the petrochemical, machinery and display sectors. 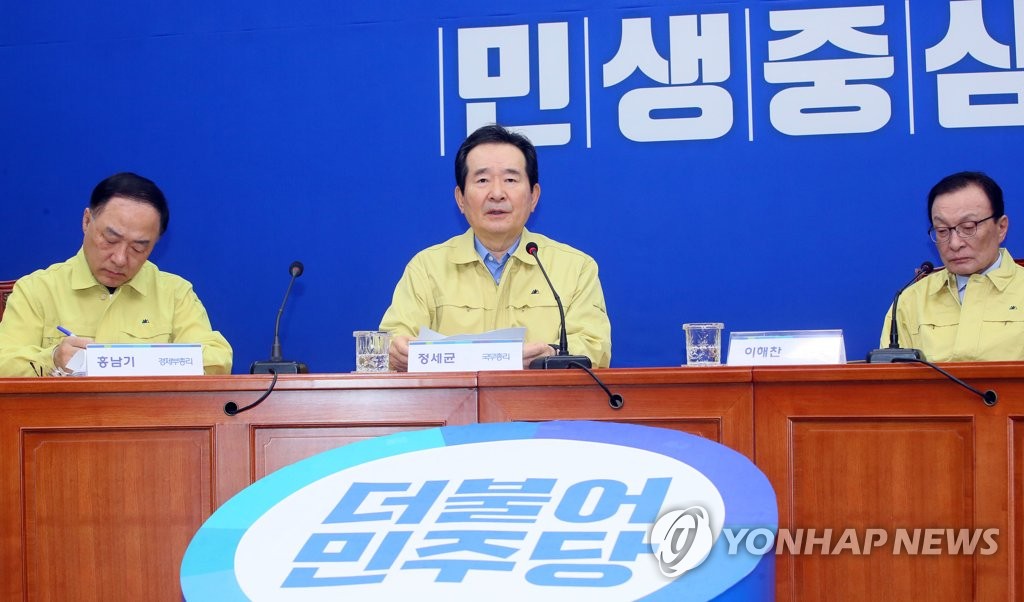