SEOUL, Feb. 5 (Yonhap) -- The international health scare over the deadly coronavirus has pushed back all Chinese clubs' matches at an upcoming Asian football tournament, a move that affects all four South Korean teams in the event.

The Asian Football Confederation (AFC) announced late Tuesday, following an emergency meeting in Kuala Lumpur, that matches involving Chinese clubs at the AFC Champions League will be postponed, so that they will be played in April or May instead of February and March, as originally scheduled. 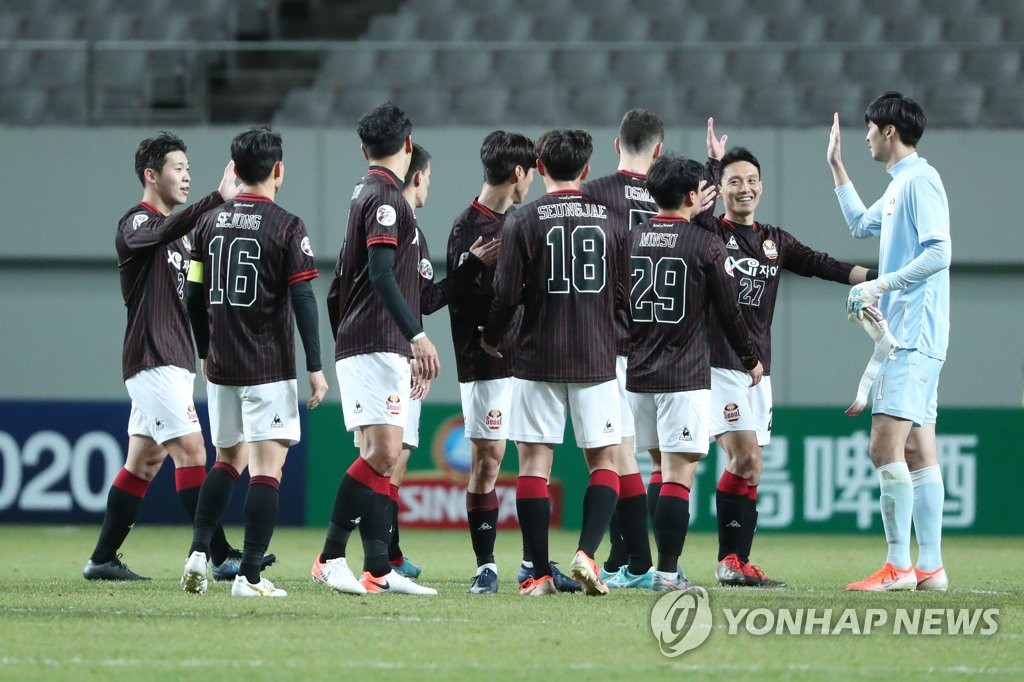 The Feb. 11 match between FC Seoul and Beijing in Group E, scheduled to take place at Seoul World Cup Stadium, will be played on April 28.

Suwon Samsung Bluewings were to face Guangzhou on Feb. 12, but that Group G match will instead be contested on April 29.

The Group E showdown between Ulsan Hyundai FC and Shanghai Shenhua has been moved from Feb. 18 to May 19. And In Group H, Jeonbuk Hyundai Motors and Shanghai SIPG will square off on May 20, instead of Feb. 19.

In addition, the AFC said these newly scheduled matches for Chinese teams in April or May could be moved to neutral venues. It said it will assess the situation 21 days before each game, and if it's determined that the contest can't go ahead as scheduled, the host team must nominate a neutral site at least two weeks before the original match day.

In late January, the AFC ruled that all home matches for the four Chinese teams in February and March will be played as away matches instead. But the Asian governing body went a step further this week, as the death toll of the novel coronavirus has continued to rise in China following the outbreak in December.

These new fixtures will also affect the knockout stage. For the East Region, involving teams in South Korea, China, Japan and Australia, the first legs of the round of 16 will be pushed back from May 26 and 27 to June 16 and 17. The second legs will be played either on June 23 or 24, instead of June 16 or 17. 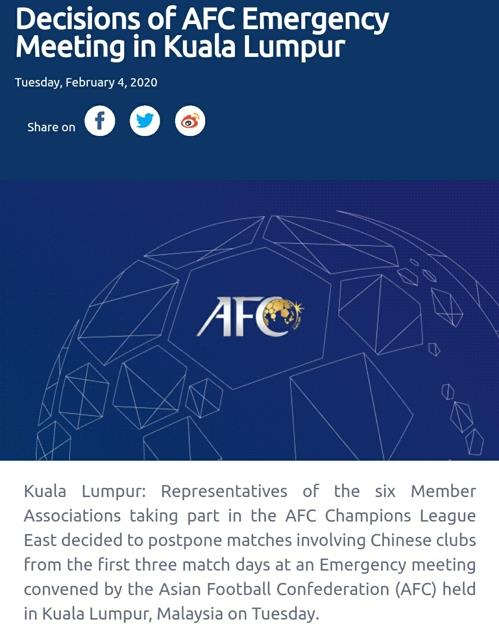 Chinese clubs' matches at Asian tournament postponed due to coronavirus

Chinese clubs' matches at Asian tournament postponed due to coronavirus