SEOUL, Feb. 5 (Yonhap) -- The command ship of the U.S. Navy's 7th Fleet visited the southeastern port city of Busan on Wednesday for a regular port visit to boost exchanges and friendship between the allies' naval forces, the fleet commander and the Navy here said.

While in South Korea, the crew and staff of the 19,609-ton USS Blue Ridge, based in Yokosuka, Japan, will have an opportunity to participate in cross cultural events "including a sports exchange, medical readiness drills and professional leadership discussions," according to the 7th Fleet on its website.

"Bringing the flagship and the fleet staff to Busan provides the opportunity to engage with our counterparts in maintaining peace and stability on the Korean Peninsula," fleet commander, Vice. Adm. Bill Merz, said.

Commissioned in 1970, the Blue Ridge is the U.S. Navy's oldest operational ship and is responsible for patrolling and fostering relationships within the Indo-Pacific region, according to the U.S. Navy. 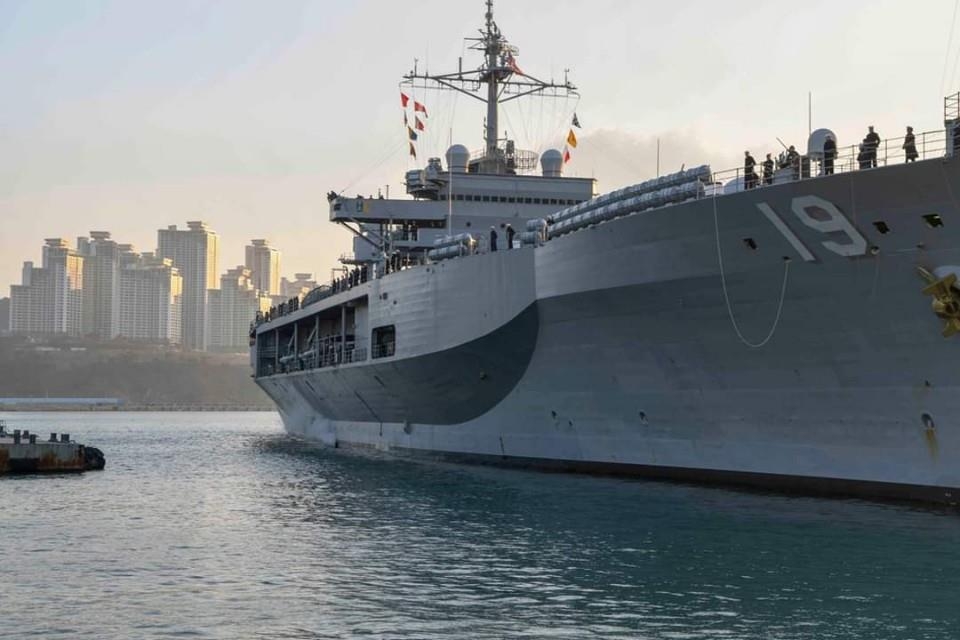