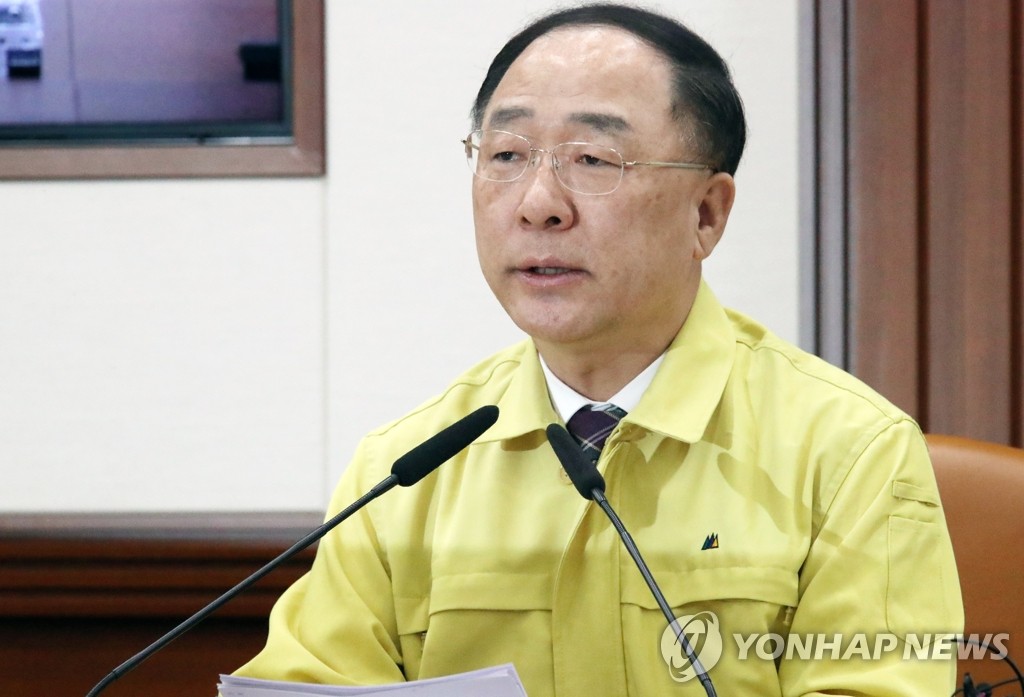 The virus outbreak has already disrupted the supply of auto parts. Hyundai Motors and Kia Motors said they have suspended assembly lines here due to shortages of parts from China.

Hyundai Motor halted the assembly lines for the production of the carmaker's independent brand Genesis's sedan models at its No. 5 plant in Ulsan, 414 kilometers southeast of Seoul, from Tuesday.

The automaker said it plans to gradually halt assembly lines at the remaining four plants in Ulsan by Friday, with its two other domestic plants, in Jeonju and Asan, also scheduled to halt operations by the same day.

The government is reviewing plans to support carmakers and will unveil support measures this week or next week, Hong told reporters.

The government will do its utmost to prevent the economy from losing its recovery momentum, Hong said.

On Tuesday, South Korea approved tougher penalties for the hoarding of protective masks.

Under the tougher penalties, a person who hoards protective masks will face a prison sentence of a maximum two years or a maximum fine of 50 million won (US$42,108), officials said.

Such penalties go into effect Wednesday, according to the ministry.

During the meeting, Hong said the government will require a person will need to get approval to leave the country with more than 1,000 face masks.

Market manipulation of protective masks, such as price rigging, will be treated as an administrative and criminal offense, Hong said.

The supply of masks has not met demand in South Korea, with industry watchers blaming Chinese tourists and merchants for going on a buying binge here to protect themselves from the coronavirus.