SEOUL, Feb. 5 (Yonhap) -- Asiana Airlines Inc., South Korea's second-biggest airline, said Wednesday it has added an A350-900 to its fleet to strengthen services on long-haul routes.

Asiana Airlines will use the its 11th A350-900 plane on long-distance routes mainly to Europe and the United States alongside the other 10, the company said in a statement.

The company plans to add two more A350-900s to the fleet this year. 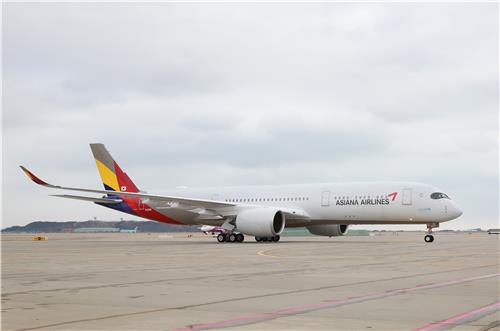