SEOUL, Feb. 5 (Yonhap) -- Concerns are escalating over South Korea's export performance down the road amid the new coronavirus crisis, but officials say no serious fallout has been reported yet.

China is South Korea's leading export market, with slightly over 25 percent of its overseas shipments going to the world's second-largest economy after the United States.

Based on reports from the Korea Trade-Investment Promotion Agency (KOTRA) and industry groups, the Ministry of Trade, Industry and Energy said Tuesday that the outbreak has had no serious impact on South Korean exports so far.

But industry sources said it is still too early to be reassured because the exact fallout from the coronavirus has yet to be measured as China's Lunar New Year holiday is not over.

The ministry indeed voiced concern that the future extent of the virus' spread could have a negative impact on South Korean exports and its management of supply lines, given China's economic size and its status as a global supply hub. 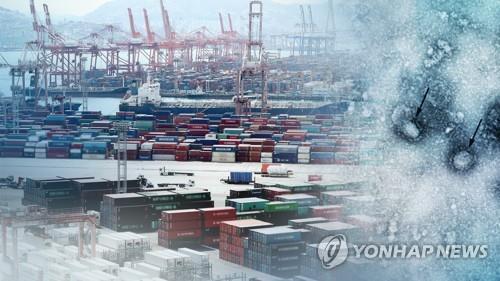 The Hyundai Research Institute has said South Korea's exports may drop by US$150 million-$250 million in the first quarter should the spread of the new coronavirus lead to a fall in China's gross domestic product for the January-March period.

Overseas shipments of chips, ships and automobiles are expected to grow 9 percent, 7 percent and 3.9 percent from a year earlier, respectively. But the poll predicted falls of 10 percent for display panels, 6.4 percent for wireless communication devices, 5 percent for steel products and 3.1 percent for petrochemicals.

Combined exports of the seven major products are projected to amount to $271.2 billion this year, up $5.8 billion from a year earlier, according to the think tank.

However, those forecasts could be revised down depending on how the escalating new coronavirus crisis unfolds, said KERI affiliated with the Federation of Korean Industries, South Korea's top business lobby.

Yet South Korean exports are expected not to be affected greatly by the new coronavirus if history is any indication.

According to data from the government and KOTRA, severe acute respiratory syndrome (SARS), which broke out in China in November 2002, didn't make a big dent in South Korea's overall export growth.

South Korea's exports climbed 19.3 percent on-year for the whole of 2003, and growth rates were 16.1 percent and 19.2 percent, respectively, for March and April that year, when SARS spread fast. The respiratory disease subsided in June.

Ministry officials, meanwhile, said all-out efforts will be made to minimize the impact of the coronavirus outbreak on South Korea's exports. 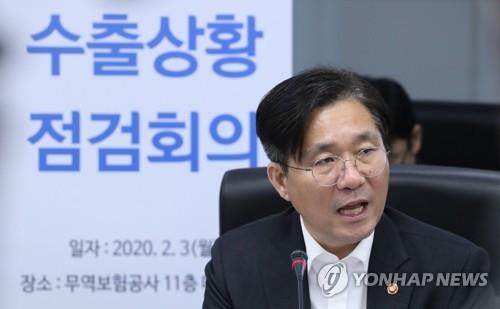