SEOUL, Feb. 5 (Yonhap) -- South Korea will launch a research project to develop a novel coronavirus drug and vaccine, the public health agency said Wednesday, after the country genetically isolated the potentially deadly virus that has spread across the world.

Currently, there is no viable treatment for the novel coronavirus that has killed 492 people and infected 24,506 in 28 countries so far. South Korea has reported a total of 18 cases with 174 people in quarantine and being tested for the illness.

Some doctors have used drugs made specifically to combat ebola and human immunodeficiency virus, but the effectiveness and safety of such methods has never been truly proven. 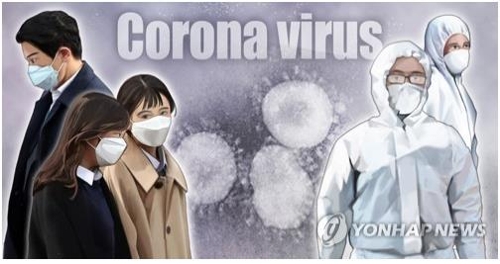 The Korea Centers for Disease Control and Prevention (KCDC) earlier in the day announced that the country has joined others including China, France and Singapore, in deciphering the genetic structure of the virus. This could lead to a breakthrough in treating the illness.

The genetic strain extracted from the phlegm of a confirmed patient has been given the name BetaCoV/Korea/KCDC03/2020, according to the Korea Centers for Disease Control and Prevention (KCDC).

Comparisons made with samples of the virus isolated in other countries showed a genome sequencing match rate of 99.5-99.9 percent, it added.

Tests showed that the strain has not mutated, which makes development of treatment methods or drugs easier, the KCDC said.

The KCDC said the details will be shared with the World Health Organization and made accessible to all researchers trying to find a treatment for the illness thought to have originated in the central Chinese city of Wuhan.