SEOUL, Feb. 5 (Yonhap) -- Samsung Electronics Co. said Wednesday it topped the U.S. home appliances market for the fourth consecutive year in 2019 due to solid sales of its new and premium products.

By quarter, the company stayed in the top position for 15 straight quarters after leading the fourth quarter of 2019 with a 21.6 percent share.

The South Korean tech giant said its dryers accounted for 20.8 percent of the market in 2019, marking the company's third consecutive year as the No. 1 player.

Samsung also said it made up 20.5 percent of the U.S. washer market in 2019, leading the sector for four straight years.

Samsung was the No. 2 player in the microwave oven market last year with a 14.5 percent share. 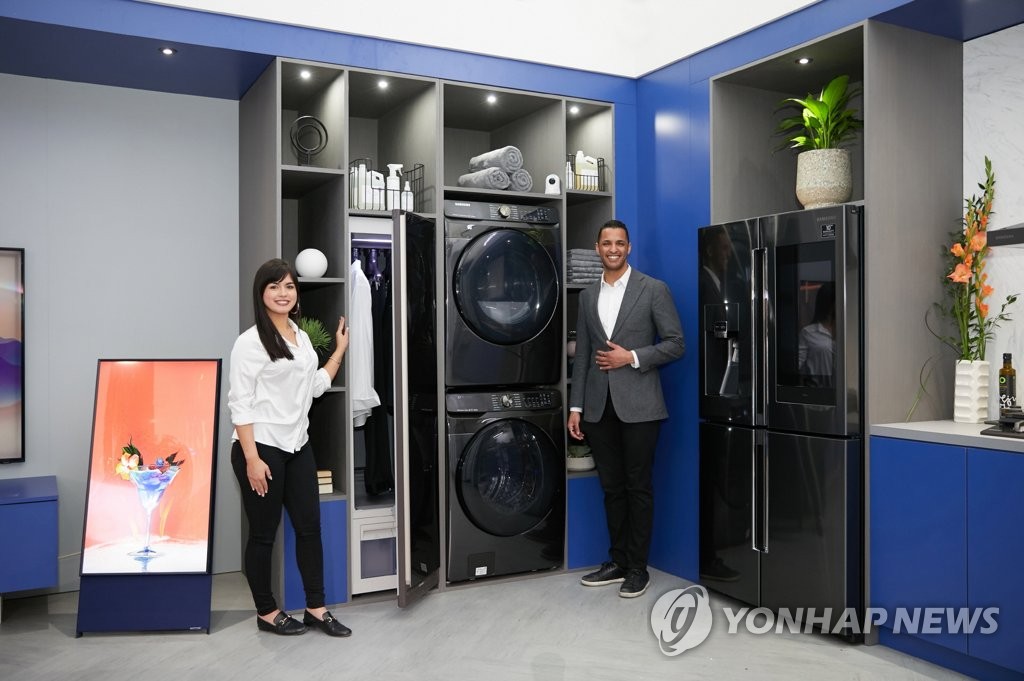