SEOUL, Feb. 5 (Yonhap) -- President Moon Jae-in expressed concern Wednesday over the South Korean authorities' preparations to take care of Chinese students returning here for the spring semester, as both nations are struggling to fight against the fast-spreading novel coronavirus.

He was visiting a public health center in the eastern Seoul district of Seongdong, which is known for its exemplary response to the viral outbreak. He was accompanied by Seoul Mayor Park Won-soon.

Moon stressed that the role of public health centers nationwide is crucial in the "front-line" defense against the spread of the disease in terms of keeping it at bay in local communities and preventing "excessive anxiety" among residents.

He noted that Hanyang University, at which around 2,600 Chinese nationals are studying, is located in the Seongdong Ward.

The president asked if there's a "comprehensive management" system for Chinese students, as well as South Korean students who have returned from China, and Korean-Chinese arriving in South Korea for jobs in place. 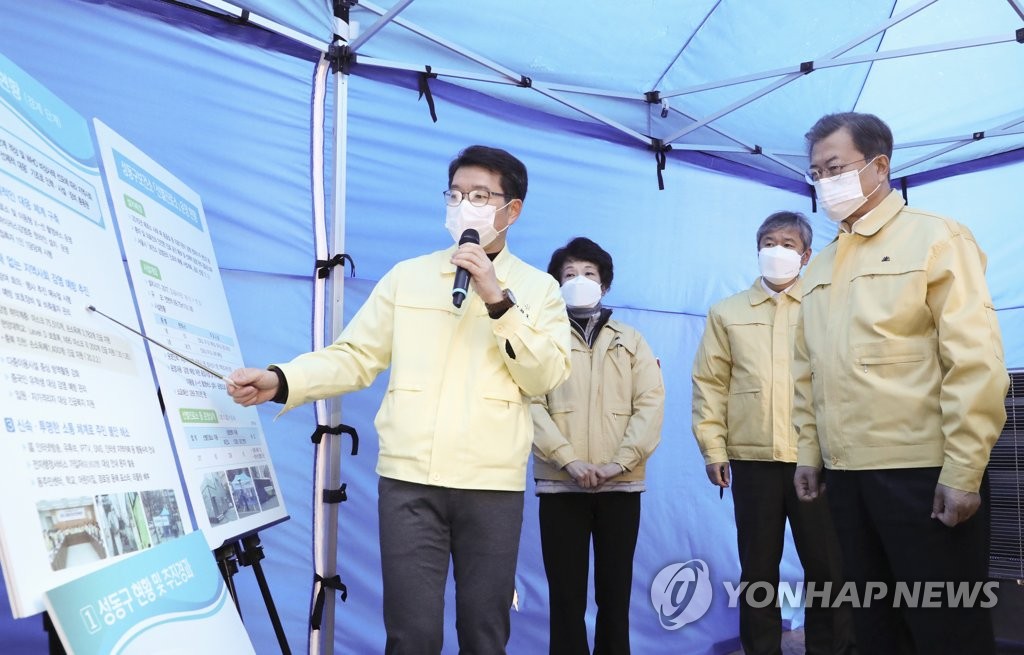 He called for close cooperation between local governments and universities on the issue.

Jung Won-oh, the head of the Seongdong Ward office, replied that its officials are in related consultations with Hanyang University.

The mayor agreed on the importance of securing sufficient facilities to accommodate those students for two weeks in order to monitor their health.

Moon then looked around a separate clinic and an X-ray medical bus, which the public health center has operated since the outbreak of the pandemic.