SEOUL, Feb. 5 (Yonhap) -- South Korea was set Wednesday to discharge a man from hospital who recovered after being infected with coronavirus amid concerns over further spread of the virus, a state-run medical center said.

The 55-year-old South Korean, who had been to the Chinese city of Wuhan, the epicenter of the novel coronavirus outbreak, returned home on Jan. 22 and tested positive for the illness two days later. He was the country's second case after the first incident was reported on Jan. 20.

He is also the first of the 18 infected cases to be released from a hospital.

The release comes as the country reported two more confirmed cases Wednesday that brought the total to 18. One of the new infections involved a South Korean man who recently visited Singapore. 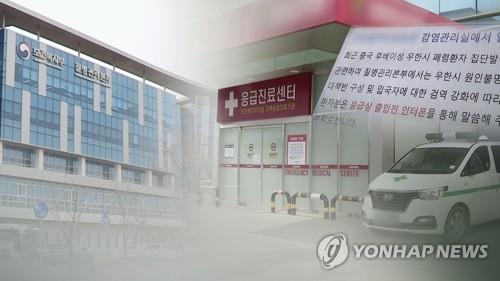 S. Korea set to release man from hospital after recovery from coronavirus

S. Korea set to release man from hospital after recovery from coronavirus