SEOUL, Feb. 5 (Yonhap) -- This winter's strongest cold wave hit the country Wednesday, with the windchill plunging to minus 11 C in the capital.

That temperature, registered at 7:57 a.m. in Seoul, marks the lowest since November last year, according to the national weather agency.

The cold wave hit other regions, with the temperature in Incheon, west of Seoul, also falling to this winter's lowest of minus 10.4 C at 7:49 a.m.

Temperatures in the metropolitan area and Gangwon Province dropped to the lowest measured in the January-February period, reaching minus 9.9 C in Suwon, just south of Seoul, and minus 10.7 C in Gangneung on the east coast.

The southern region was relatively unaffected by the cold spell, with temperatures in Busan and Gwangju reaching 1.1 C and minus 3.2 C, respectively.

The weather agency forecast the cold wave to extend to Thursday. 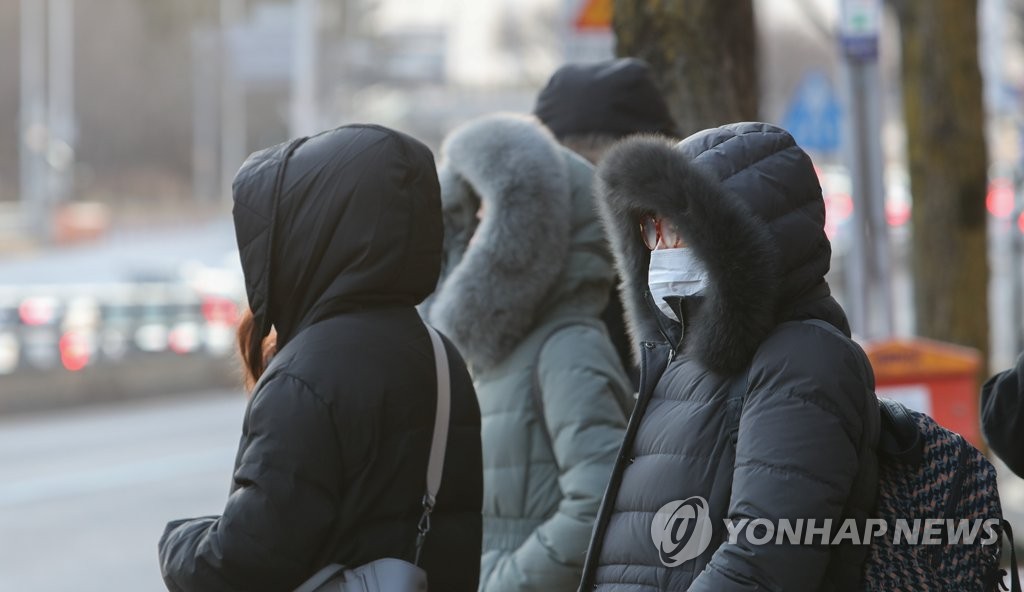