In his meeting with Soe Han, permanent secretary at Myanmar's foreign ministry, Kim expressed pleasure that the bilateral relationship has improved to another level since the leaders of the two countries made trips to each other's countries last year.

President Moon Jae-in paid a state visit to the Southeast Asian nation in September, and Myanmar's State Counsellor Aung San Suu Kyi traveled to the southern city of Busan in November for the South Korea-ASEAN summit.

They also agreed to actively cooperate to move various development projects forward that are currently under way, including the construction of an industrial complex in Yangon.

In Wednesday's talks, Kim also thanked his counterpart for Myanmar's continued support for Seoul's peace efforts toward denuclearization of the Korean Peninsula, according to the ministry. 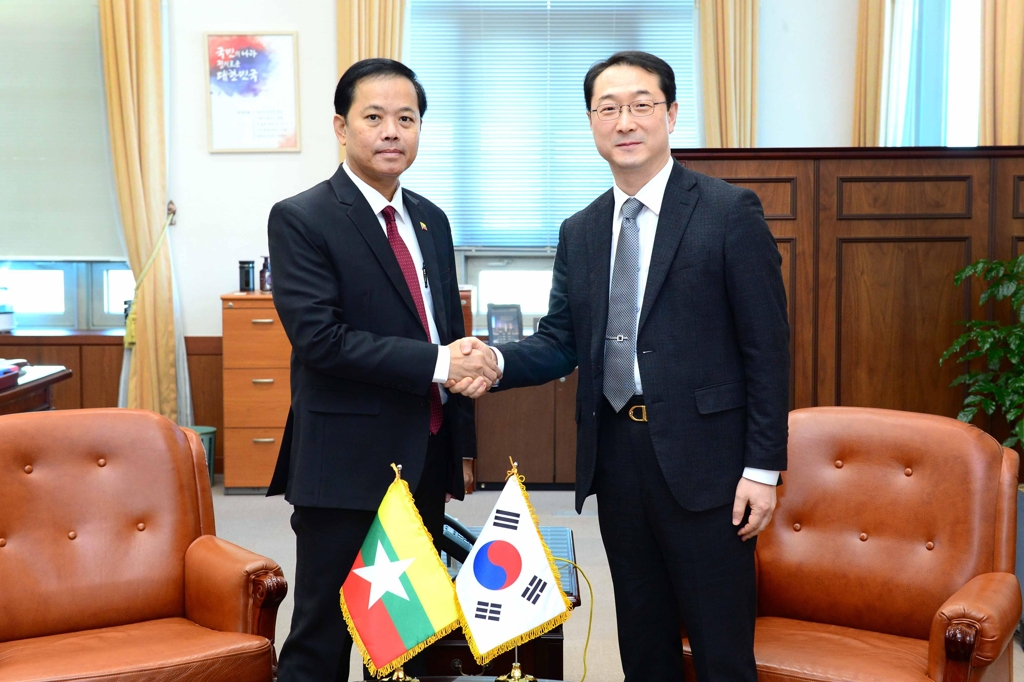