SEOUL, Feb. 5 (Yonhap) -- The United Nations Command (UNC) said Wednesday it approved a request from the South Korean government for entry into the Demilitarized Zone (DMZ) to assess the situation of African swine fever (ASF).

Starting Wednesday, officials of the environment ministry will enter the DMZ to assess the spread of the virus, as the UNC "approved this short-notice and urgent access request," the command said in a Facebook post.

"(We) will continue to support ASF containment efforts," it added.

The U.S.-led UNC, which is an enforcer of the armistice agreement that halted the 1950-53 Korean War, has jurisdiction over the area that separates the two Koreas.

So far, a total of 117 domestic and wild pigs have been infected with the deadly virus in South Korea, and most of the confirmed cases have been reported in border areas with North Korea, according to the health authorities here.

Pyongyang reported its first outbreak of ASF at a pig farm near its border with China in May, and the virus has been haunting pig farms across the country as there are currently no vaccines or cures.

Since last year, calls have grown for amendment of UNC regulations on passage through the DMZ, after the UNC reportedly rejected several South Korean requests to access the area for nonmilitary purposes, such as inter-Korean exchanges.

Stressing that it remains committed to building confidence on the Korean Peninsula and continues to work closely with Seoul on "all aspects of the UNC mission" to support diplomatic efforts for peace, however, the command has said that it only denies access to the DMZ when the submitted requests do not include all the required information or seek to gain access to unsafe or unsecured areas within the zone. 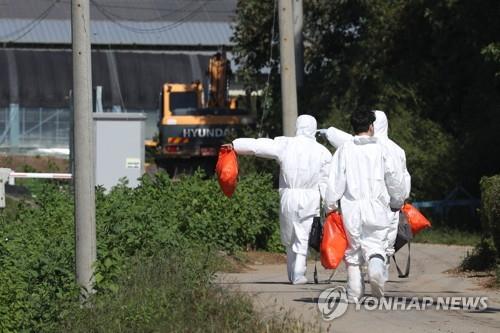