SEOUL, Feb. 5 (Yonhap) -- A record number of slightly more than five out of every 10 families in the lowest income bracket paid at least one visit to cultural and art events last year, government reports showed Wednesday.

According to the reports by the Ministry of Culture, Sports and Tourism and the Korea Culture and Tourism Institute, 51.7 percent of families with a monthly income of 1 million won (US$840.70) or less attended at least one culture or art event in 2019, sharply up from 42.5 percent in 2018.

It is the first time the rate has passed the 50 percent mark since the survey began, the reports said.

The overall rate of Koreans who paid at least one visit to museums, concerts or other cultural or art programs last year was 81.8 percent, up slightly from 81.5 percent a year earlier.

Also last year, South Korean employees took 9.9 days off on paid vacation on average, up from 8.5 days recorded in 2017. 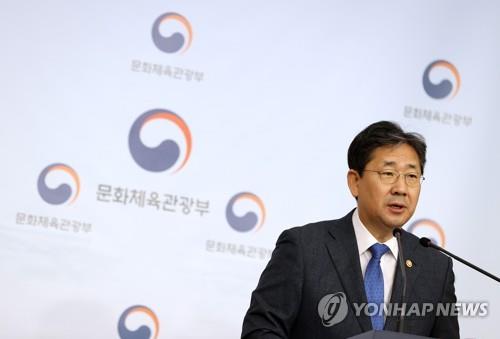