SEOUL, Feb. 5 (Yonhap) -- In a bid to find himself on the ice, two-time Olympic figure skating champion Yuzuru Hanyu is going back to the programs that netted him a second gold medal two years ago.

The Japanese sensation is in Seoul this week to compete at the Four Continents Figure Skating Championships, which feature athletes from Asia, Africa, Oceania and the Americas. Hanyu's glittering resume features two Olympic gold medals, two world titles and four Grand Prix Final victories, but not one Four Continents gold.

Hanyu, who's won silver three times at this annual event, will try to end the personal drought by returning to the short and free programs from the 2018 PyeongChang Winter Olympics. He's also coming in having missed out on gold at the Grand Prix Final and the Japanese nationals in December. 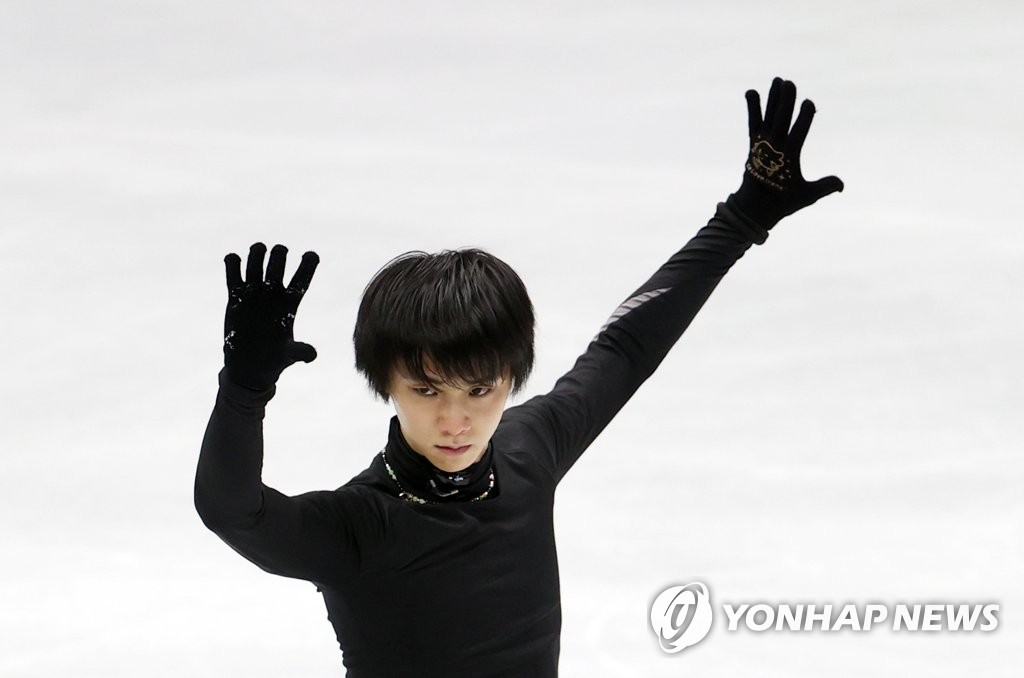 He'll skate to Chopin's "Ballade No. 1" in Friday's short program at Mokdong Ice Rink, and then perform his free skate to "Seimei," a soundtrack from the film "Onmyoji."

Asked after Wednesday's practice about the unusual decision to switch programs in midseason, Hanyu said, "I wanted to replicate my performance from PyeongChang."

"After the PyeongChang Olympics, I could feel my heart pounding, and I want to experience that sensation again," he added. "For a while, I've been focusing on the technical side of skating, and I think I've been performing like a machine."

The 25-year-old hasn't slowed down since winning his second Olympic title in PyeongChang, even though he's already accomplished virtually everything a figure skater can.

So how has he been able to stay motivated and driven?

"I've been wanting to do a quadruple axel," Hanyu said of the most challenging quad jump that requires 4 1/2 rotations with a forward takeoff. "I'll keep working at it so that I could pull it off at competitions." 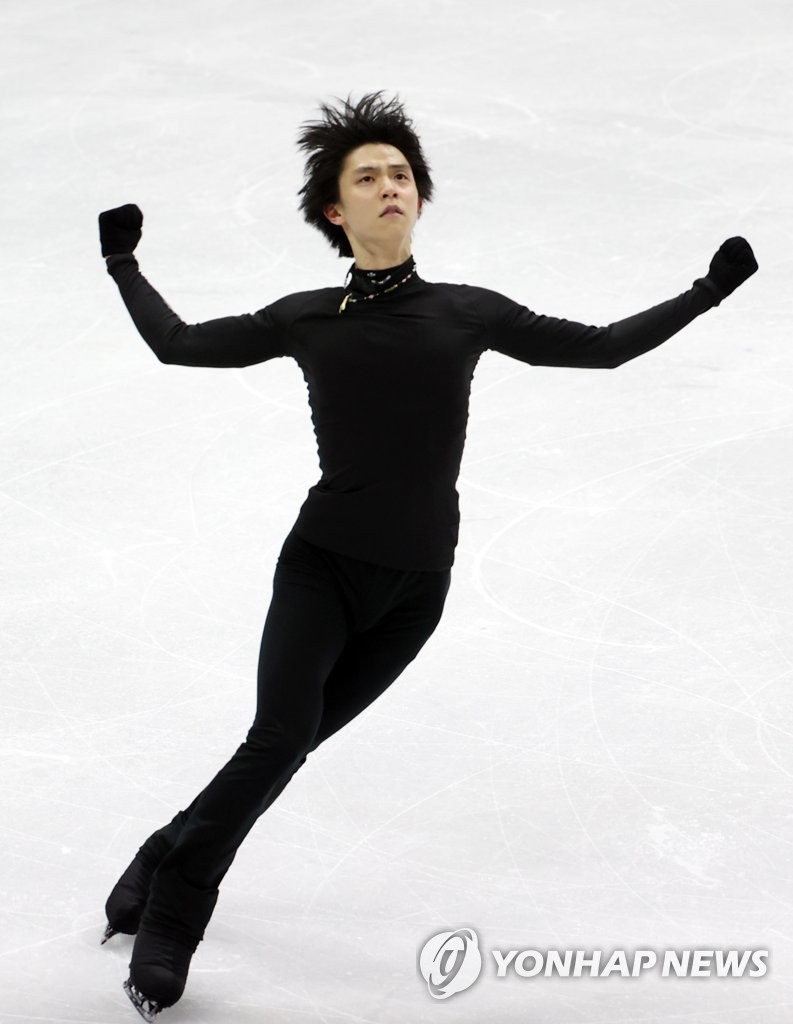