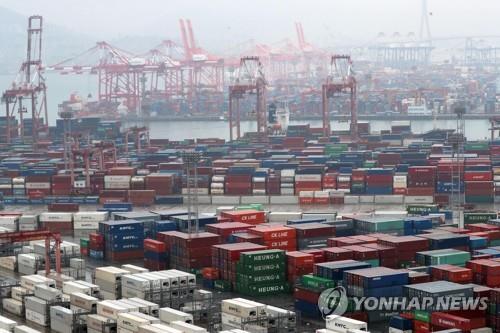 Its primary income account surplus more than tripled to $2.67 billion from $880 million over the cited period on an increase in dividend income.

The reading still marks the 22nd consecutive year of a current account surplus.

"The drop in surplus was largely caused by a drop in the goods account surplus amid a slowdown in the global economic growth due to the slump in the global semiconductor industry, the U.S.-China trade dispute and Brexit," Park told a press briefing.

South Korea's exports dropped each and every month in 2019 amid the prolonged trade dispute between the world's largest economies, the United States and China, that are also the largest importers of South Korean goods.

However, its service account deficit narrowed to $23 billion from $29.37 billion in 2018, possibly due to a drop in the number of South Koreans traveling to Japan.

South Koreans began boycotting Japanese products and tours to Japan in July when Tokyo removed Seoul from its list of trusted trade partners in an apparent move to retaliate for the ruling by South Korea's Supreme Court that ordered Japanese firms to pay compensation to their former forced labor Korean workers during Japan's 1910-45 colonial rule of Korea. 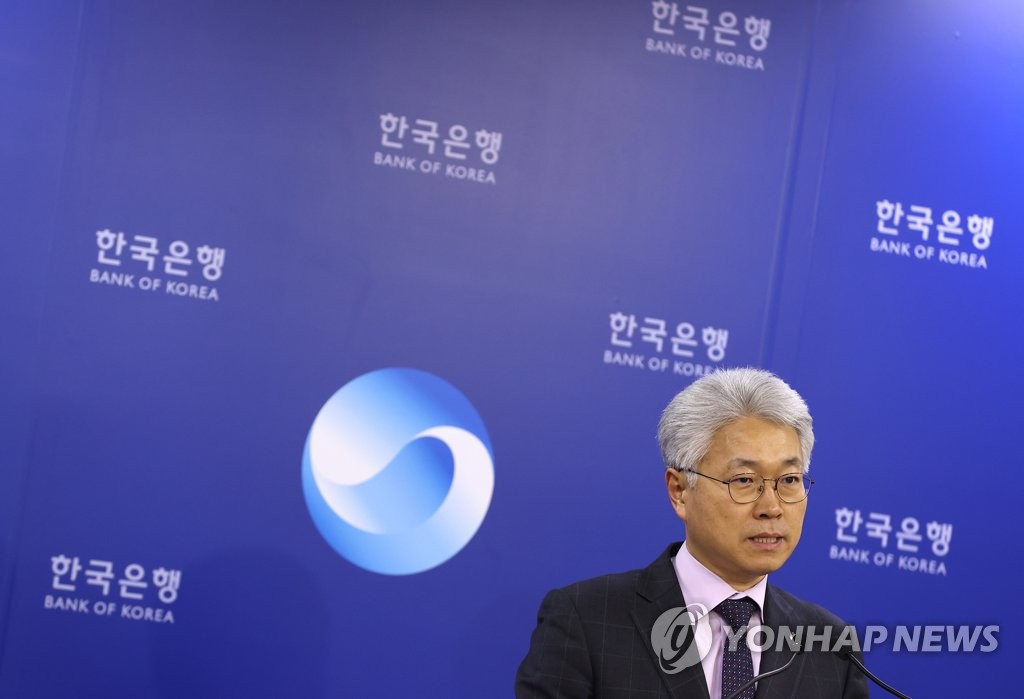 "This was largely because of a sharp increase in the number of visitors to the country, which pushed up the country's tourism income to a record high of $21.63 billion, while the number of South Korean tourists to Japan sharply dropped," Park said.

The number of foreign visitors to South Korea jumped 14 percent to 17.5 million.

South Korea's primary income account surplus more than doubled from a year earlier to reach a new record high of $12.2 billion in 2019.

"With its dividend income climbing to a new high (of $22.68 billion), its dividend account balance turned to black from a $3.32 billion deficit in 2018," Park said.

"Its interest account surplus also climbed to a new high as its interest income surged to a new record high of $18.24 billion," he added.

When asked about the possible fallout of the new coronavirus outbreak on the local economy, the BOK official said it will unlikely have any immediate impact, but it may begin to negatively affect the country's recovery should it persist in China.

"I do not believe it will have any meaningful impact on the country's current account balance in January since the new coronavirus surfaced late in the month," Park said.

"But should the shutdown of production facilities in China continue for some time, it may affect our goods account balance," he said. "Also, a drop in China's local spending may lead to a contraction of the entire global economy, and for an export-dependent economy such as ours, that may cause a significant amount of downward pressure."