SEOUL, Feb. 6 (Yonhap) -- South Korea confirmed four more cases of novel coronavirus infections Thursday, bringing the total here to 23, with one case being a person who initially tested negative for the illness but was found to be infected later in a check-up.

It also said that all of the 22 people presently in quarantine after having been confirmed to have contracted the virus are in stable condition. One patient was discharged from a hospital after he was determined to be cured, with a second patient to be discharged later in the day.

The second person to be released is a 35-year-old Chinese woman who had come from Wuhan. She was diagnosed with the novel virus on Jan. 20, becoming the first confirmed case of the illness in South Korea. She was treated for pneumonia but has since made a full recovery.

Since Jan. 3, the public health agency has screened 885 people and quarantined over 169 people for detailed check-ups for the novel coronavirus. Currently, there are 1,234 people who may have come in contact with infected people in self-quarantine, and they are being monitored carefully for signs of the illness. 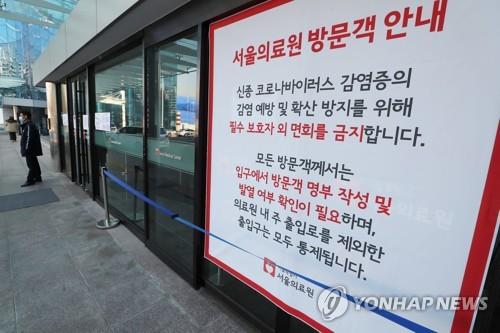