In a meeting with foreign ambassadors and reporters in Washington, Robert O'Brien also urged Pyongyang to return to the stalled talks, saying North Korean leader Kim Jong-un had made a commitment to denuclearization, according to the Voice of America. 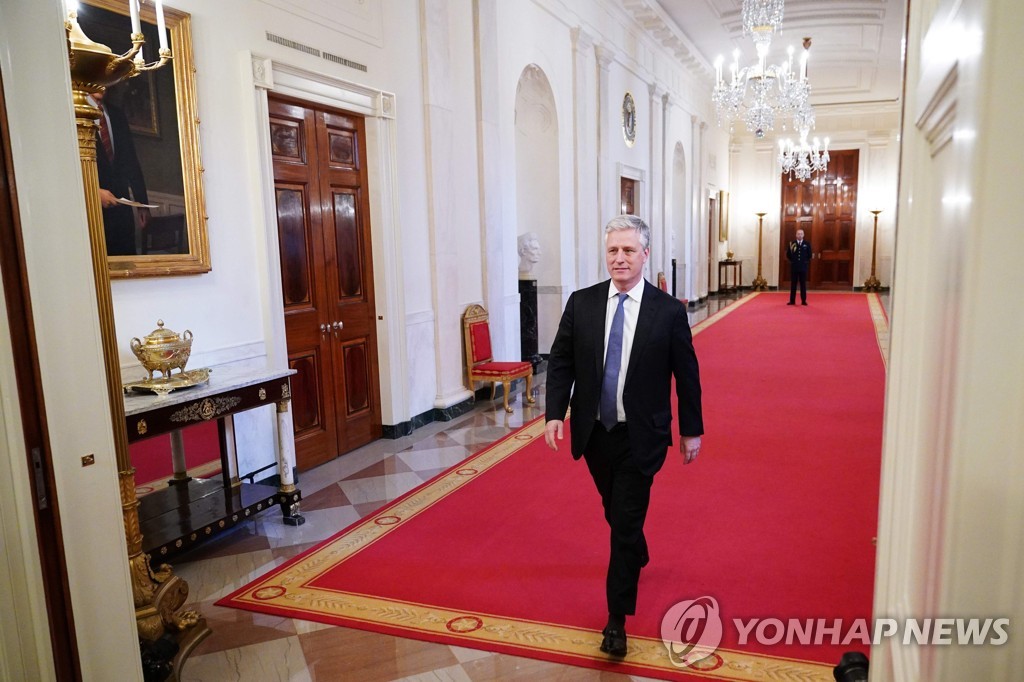 The Senate on Wednesday acquitted Trump of charges of abuse of power and obstruction of Congress. That ended the president's impeachment trial.

"We don't take any notice of the domestic political calendar," O'Brien said, according to VOA. "We just try and get wins for the American people."

Asked by South Korean Ambassador to the U.S. Lee Soo-hyuck whether he thinks the North will return to negotiations before the November presidential election in the United States, O'Brien apparently dodged a direct answer.

"We hope they will come back to the table, and then come back to Sweden and meet with us," he said, according to a press release from the South Korean Embassy.

The U.S. and North Korea last held working-level negotiations in Sweden in October. After the talks, Pyongyang accused Washington of coming empty-handed and insisted that the U.S. come up with an acceptable offer by the end of the year.

That deadline passed with the two countries still apart on how to match the North's denuclearization steps with U.S. concessions, including sanctions relief.

"Chairman Kim made the commitment to denuclearize the North Korean peninsula," VOA quoted O'Brien as saying, referring to the agreement reached between Trump and Kim at their first summit in June 2018.

"If I was in the North Korean foreign service or otherwise, I would certainly want to implement the commitment of Chairman Kim," he continued. "Not to do so would seem to be, at a minimum, career eliminating."

O'Brien held out hope for a denuclearized Korean Peninsula.

"Kim Jong-un has not lived up to the promises he made in Singapore, the commitment he made to denuclearize North Korea," he said. "But we're going to continue doing the hard work of diplomacy."