A total of 37.7 million people used subway lines No. 1 to 8 between Jan. 28-Feb. 2, compared with 44.5 million in the same period last year, according to the data by subway operator Seoul Metro.

The trend was more pronounced on weekends, as passenger numbers fell more than 20 percent on Saturdays and Sundays.

A growing number of people here have gone on fewer outings and opted to drive or take taxis instead of public transit on fears of the contagious virus that emerged in the central Chinese city of Wuhan.

South Korea has confirmed 23 infections after reporting its first case on Jan. 20. The spread gained momentum following the Lunar New Year holiday, which fell on Jan. 24-27 this year. 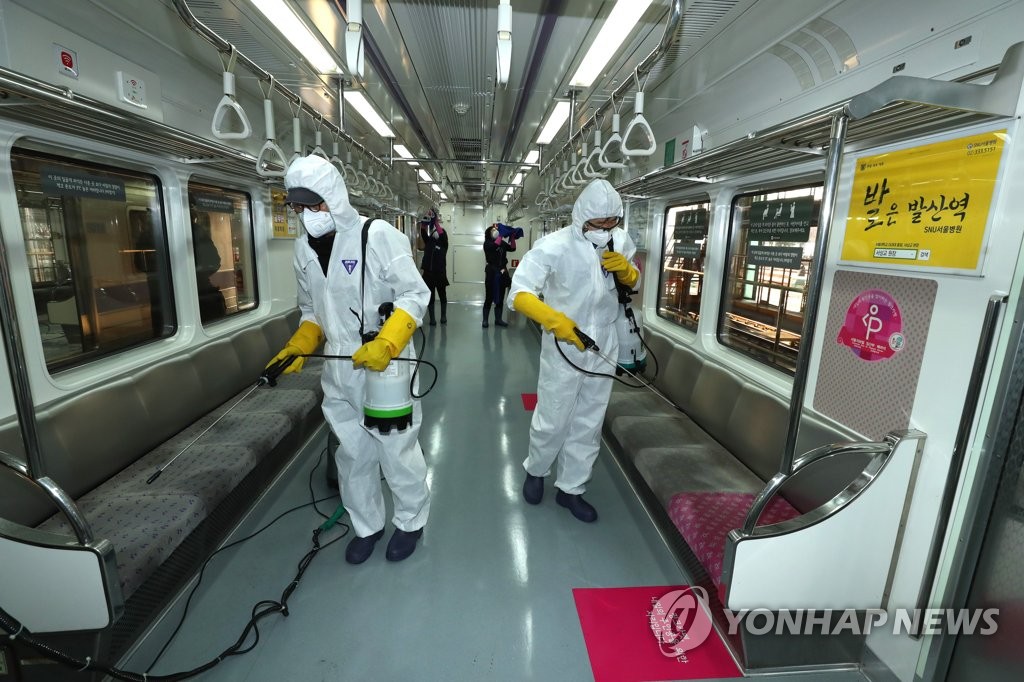