The DEFEXPO 2020, one of Asia's largest defense expos, kicked off Wednesday for a run until Sunday in the Indian city of Lucknow, bringing together some 700 companies from around 30 countries, including 12 South Korean firms.

On its sidelines, Jeong met with Yogi Adityanath, chief minister of the state of Uttar Pradesh, on Wednesday and was briefed on the regional government's project to build a special zone for defense industries to attract foreign companies.

"The two sides exchanged opinions on supportive measures by India for South Korean companies if they operate there, such as tax incentives," the ministry said in a release, adding that they vowed efforts to make the special zone serve as a chance to develop mutually beneficial relations in terms of arms industries.

Jeong also visited booths set up by South Korean companies, such as Hanwha Defense and LIG Nex1 Co., and exchanged opinions with officials on how to promote exports to India.

Hanwha displayed a real-sized model of the K-30 anti-aircraft defense system, named Biho, which is one of the most promising export items to India.

In 2018, the Indian Army selected the Biho system as the sole candidate for acquisition. But the project has been delayed after Russia, another bidder for the project, has raised questions over the bidding process, according to arms procurement agency officials.

On the sidelines of the exhibition, Jeong also held bilateral talks with his Oman counterpart, Sayyid Badr Bin Saud, as well as with his United Arab Emirates counterpart, Mohammad Ahmed Al Bowardi, and discussed pending issues of mutual concern, according to the ministry. 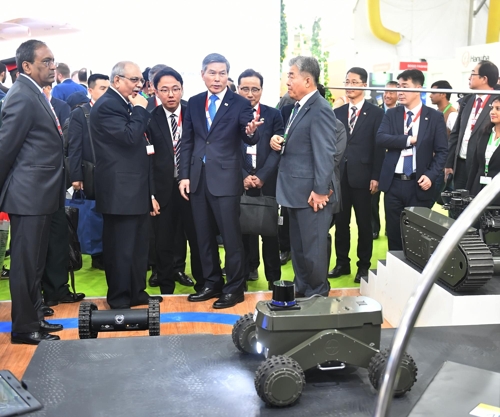 In New Delhi on Wednesday, Minister Jeong held an event for Indian veterans who took part in the 1950-53 Korean War, as well as their family members and descendants, to express gratitude for their role.

"I will firmly safeguard peace that was built upon the sacrifice of veterans and further promote peace based upon mighty defense power," Jeong said.

He is also scheduled to visit India's 60th Parachute Field Ambulance Platoon, which was dispatched to the Korean Peninsula upon the outbreak of the war. The unit with 627 medics took care of around 220,000 soldiers and civilians, according to the ministry.

Jeong is to return home Thursday after wrapping up his four-day official visit to India. 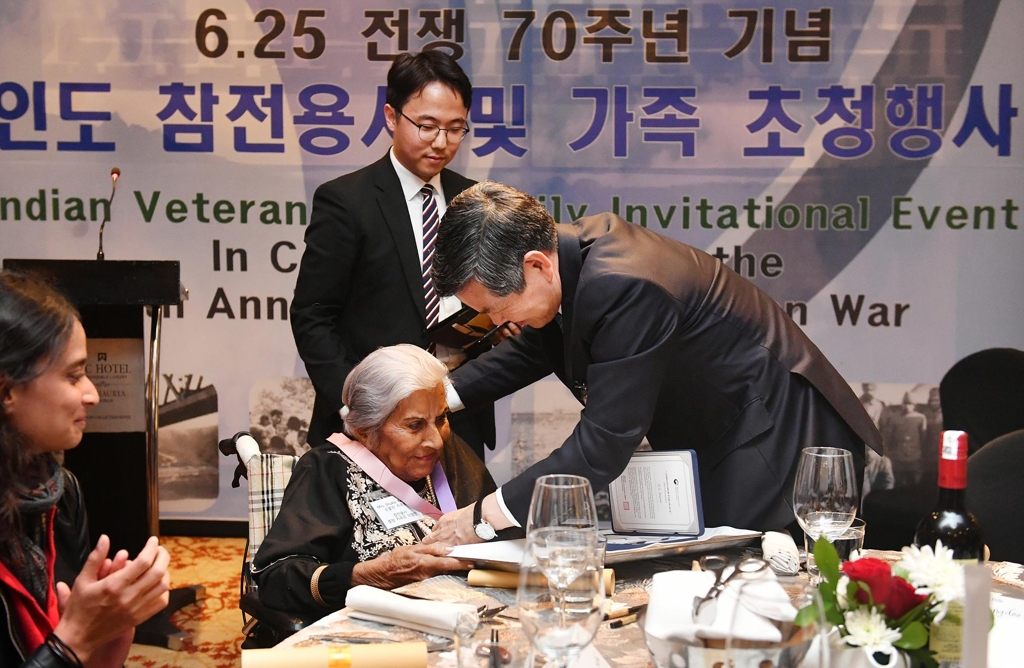