A total of 2.45 million people were employed in 2018 by the public sector, including the central and provincial governments and state-run financial and non-financial firms, compared with 2.43 million people in 2017, according to the data by Statistics Korea.

Government ministries and agencies had 2.09 million employees in 2018, with the comparable figures for state-run companies being 354,000, the data showed.

The data showed that 89 percent of public workers retained their posts in 2017 and 2018, while 8.9 percent of them were replaced by new faces after retirement, resignation or the creation of new jobs.

President Moon Jae-in has promised to add 810,000 new jobs in the public sector during his single five-year term, which will end in May 2022. 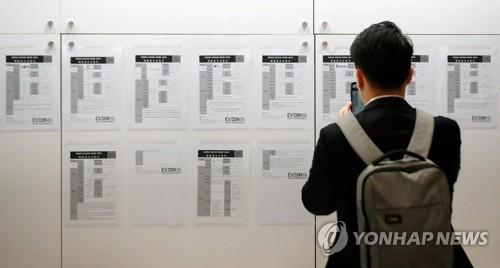