SEOUL, Feb. 6 (Yonhap) -- South Korea will temporarily ease regulations on the use of disposable plastic goods at cafes and restaurants located in airports, seaports and train stations amid concerns about the spread of a new coronavirus, officials said Thursday.

Since August 2018, the government has cracked down on the use of plastic cups and dishes at coffee chains and fast-food restaurants. When customers do not take out coffee or food, reusable cups and goods should be used in such places.

But amid growing public concerns about the virus outbreak, the environment ministry has decided to permit provincial governments to exert their discretion in relaxing regulations on plastic goods use when they see an urgent need.

It has not been confirmed that the use of reusable products can transmit the virus. But the government's decision is apparently aimed at easing public jitters over the coronavirus that has infected 23 people here.

The temporary deregulation will be applied to cafes and restaurants in airports, ports, train stations and bus terminals, which are frequented by foreigners.

When the country's infectious disease alert level remains at the current third-highest "watch" level and above, chiefs of local governments can flexibly decide on the scope of the deregulation.

"The government proposed that (cafes and restaurants in) airports, ports, train stations and terminals can be exempted from the regulation on plastic goods," a ministry official said.

"But chiefs of local governments will have discretion in deciding whether to expand the scope," he added.

The government of the central city of Chungju has decided to allow the use of plastic goods at cafes and food-serving places located outside airports, ports and train stations. 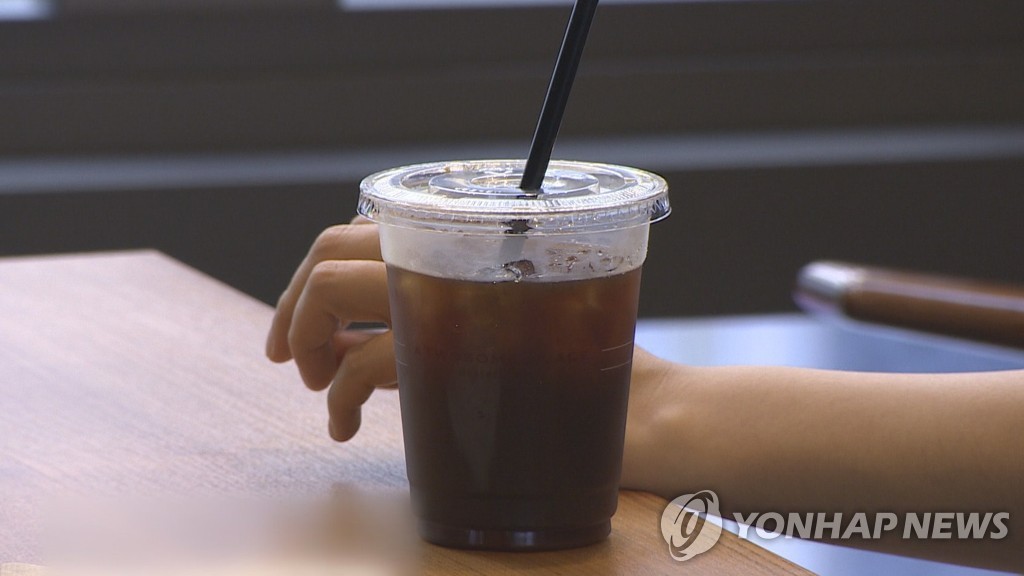 S. Korea to ease restrictions on plastic use amid virus concerns

S. Korea to ease restrictions on plastic use amid virus concerns