SEOUL, Feb. 6 (Yonhap) -- President Moon Jae-in on Thursday welcomed a job creation project at an electric car cluster in Busan, calling it good news for the country that is struggling to combat a new coronavirus outbreak.

"While we are in an emergency situation due to the new coronavirus, sustaining and nurturing economic vitality cannot be neglected. In that sense, the Busan-type job creation deal is very good news for our economy that is again going through difficulties," Moon said in a ceremony held at the southern port city, his hometown.

Cheong Wa Dae earlier said the president would adjust his schedule to focus on handling the viral outbreak. But he attended the event as planned. 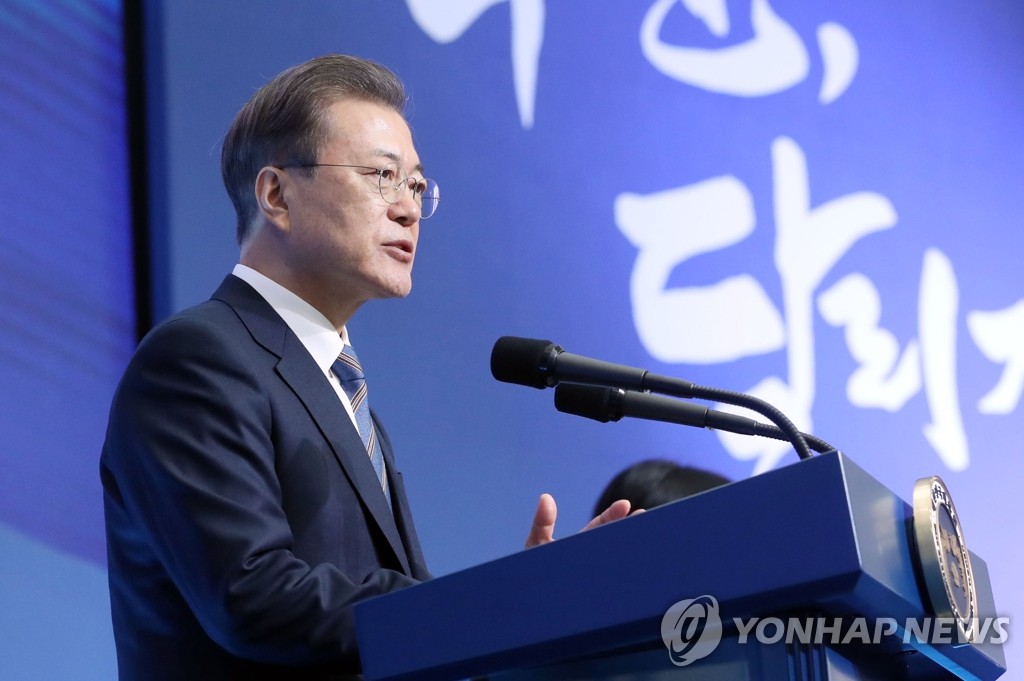 Moon also vowed to strive with the local economy and the people so that the "economic vitality that started in Busan will spread across the country and overcome the new coronavirus."

The Busan-type job creation project, which centers in the city 453 kilometers southeast of Seoul, is forecast to create 4,300 jobs related to electric car parts manufacturing and research.

Under the 760 billion won (US$643 million) investment, auto parts maker Korens and around 20 suppliers are set to operate an electric car cluster in one of the city's industrial complexes.

It is the biggest investment the port city has attracted since a massive investment by car maker Renault Samsung Motors 25 years ago.

Praising the city's can-do spirit, Moon expressed hopes that the project will contribute to the country's electric car industry, which aims to export 4 million cars by 2031.

The Moon administration has campaigned for what it describes as a "win-win" job creation program in local regions. The so-called Busan-type project is the seventh of its kind following similar projects in other major cities, including Gwangju, Daegu and Gumi.