SEOUL, Feb. 6 (Yonhap) -- A senior North Korean official will not attend a security conference in Germany next week, a decision seen as reflecting concerns about the global spread of the new coronavirus, a Seoul official said Thursday.

Reports had said that North Korean Vice Foreign Minister Kim Son-gyong, who's in charge of European affairs, was planning to attend the Munich Security Conference (MSC) slated for Feb. 14-16.

"Pyongyang has notified the MSC organizing body that Kim will not be attending the conference," a Seoul official said on condition of anonymity.

It appears that the decision was made based on consideration that the new coronavirus has been spreading fast around the world, the official added.

A security session on the Korean Peninsula will be held late Saturday (local time) as scheduled, according to the official.

Kim's possible attendance had drawn attention as U.S. Secretary of State Mike Pompeo and Defense Secretary Mark Esper are expected to be present at next week's gathering. It would have also marked the first time a North Korean delegation attending the conference.

The denuclearization talks between Pyongyang and Washington have remained stalled since the second summit of their leaders broke down in Hanoi early last year. Their subsequent working-level talks in Sweden also ended without progress.

North Korea has yet to report any case of infection of the potentially deadly disease, but it has intensified preventive efforts against the virus. It has tightened its borders with China and ramped up its quarantine for those coming from the neighboring country.

South Korean Foreign Minister Kang Kyung-wha is also expected to participate in the meeting, where she will likely discuss with her counterparts from the U.S. and other countries various regional security issues, including Seoul's push to expand inter-Korean exchanges. 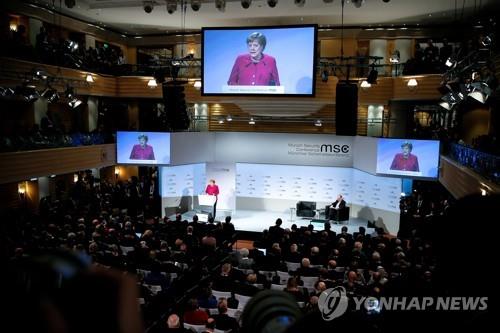