The RC-12X Guardrail departed the military's Osan Air Base and flew over Gyeonggi and Gangwon provinces for signals intelligence (SIGINT) operations, according to SR Airband & Aviation.

It is the first time this year that this type of USFK aircraft has flown with its identification system turned on.

Guardrail, operated by the U.S. Army, is an airborne SIGINT collection platform. The 8th Army of the USFK is known to operate five Guardrails, and some media reported last year that an additional five units were deployed here.

The flight came two days ahead of North Korea's 72nd founding anniversary of its armed forces.

To celebrate the day, the communist country had staged a military parade and other large-scale public events, but that won't be the case this year as Pyongyang has been vigilant against the coronavirus outbreak, according to officials.

On Wednesday, two U.S. spy planes -- the U.S. Navy's EP-3E and the Air Force's E-8C aircraft, or JSTARS -- were detected over the peninsula, according to another aviation tracker, Aircraft Spots. 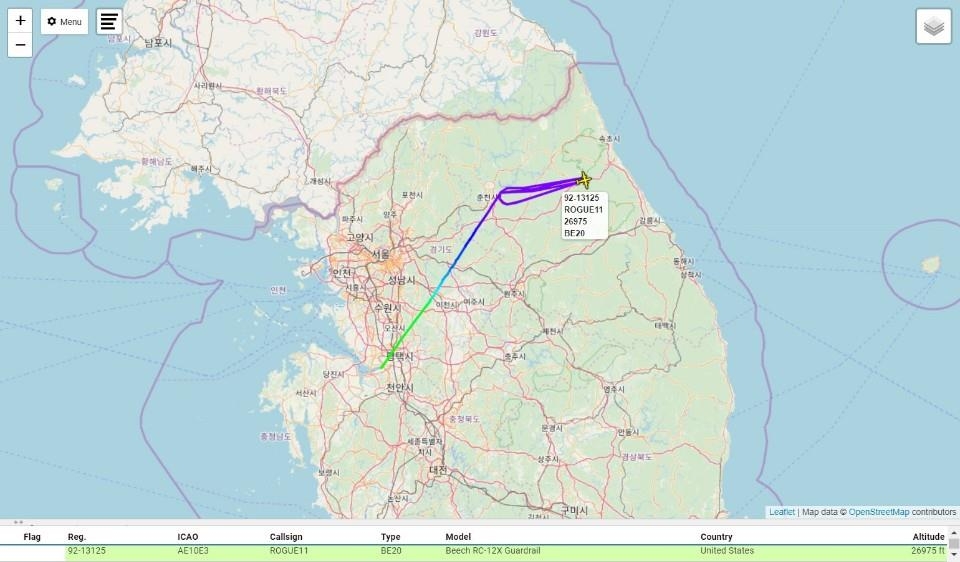