SEOUL, Feb. 6 (Yonhap) -- Foreign Minister Kang Kyung-wha said Thursday that South Korea will consider taking additional measures to ward off a deadly new coronavirus "if necessary" after a comprehensive review of the U.N. health agency's recommendations and other factors.

Seoul has been under growing pressure to expand its entry ban currently limited to foreigners who have recently traveled to the central Chinese city of Wuhan, the epicenter of the epidemic, and Hubei province, as the death toll has exceeded 560 in China alone.

"In its interagency consultations, the government has been continuing to check the situation based on a comprehensive review of the spread of the virus in China, international trends and domestic quarantine response," Kang said during a press briefing.

"Thus, if necessary, the government would consider taking additional measures, I think," she added, reiterating that the government puts its foremost priority on the protection of citizens from the virus, which has so far infected 23 South Koreans. 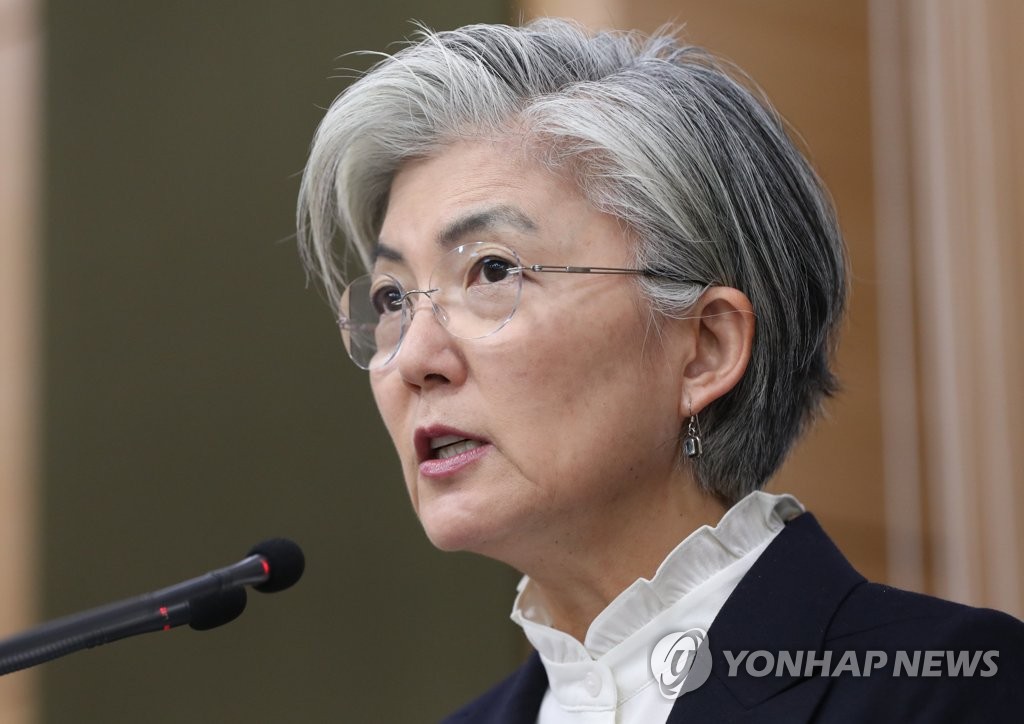 The minister also pointed to the World Health Organization's (WHO) recommendations as part of Seoul's considerations of whether to expand the country's travel restrictions. WHO chief Tedros Adhanom Ghebreyesus has recently said that there was no need for measures that "unnecessarily interfere with international travel and trade" in containing the virus.

Seoul's responses to the new coronavirus have been under intense public scrutiny, with its detractors arguing that it has not been taking swift measures over concerns about a potential diplomatic backlash from Beijing, a crucial partner for trade and diplomacy to denuclearize North Korea.

On Tuesday, New Chinese Ambassador to South Korea Xing Haiming hosted a press conference and called for countries to make a "scientific decision" based on WHO recommendations -- an appeal seen as a warning against countries' additional travel restrictions on Chinese travelers.

His press conference sparked criticism in some quarters here, as it was a rarity for a foreign ambassador to engage in such high-profile public activities before presenting his or her credentials to the president of the host nation.

Regarding the criticism, Kang said that such a press conference does not run afoul of the Vienna Convention on Diplomatic Relations, and that Xing appeared to have held the press meeting in response to a plethora of media questions.

Asked about a lack of progress in diplomatic consultations between Seoul and Tokyo over Japan's wartime forced labor and its trade restrictions, Kang reiterated that South Korea "still has the right" to revive its currently suspended decision to end a bilateral military information-sharing deal.

In November, Seoul announced its decision to put off the expiry of the General Security of Military Information Agreement (GSOMIA) in the face of strong opposition from Washington, which views the pact as a crucial platform to promote its trilateral security cooperation with the two Asian allies.

Touching on the concerns that South Korean victims of Japan's wartime forced labor could go ahead with their plan to liqudate assets of Japanese firms for compensation -- a step likely to further aggravate tensions between the two countries -- the minister said the liquidation process is not something that the government can intervene in or can predict.

On the lackluster peace efforts with North Korea, Kang said that her ministry will make continued efforts to create a "virtuous cycle" in which inter-Korean relations and relations between the U.S. and the North improve in a mutually reinforcing manner.