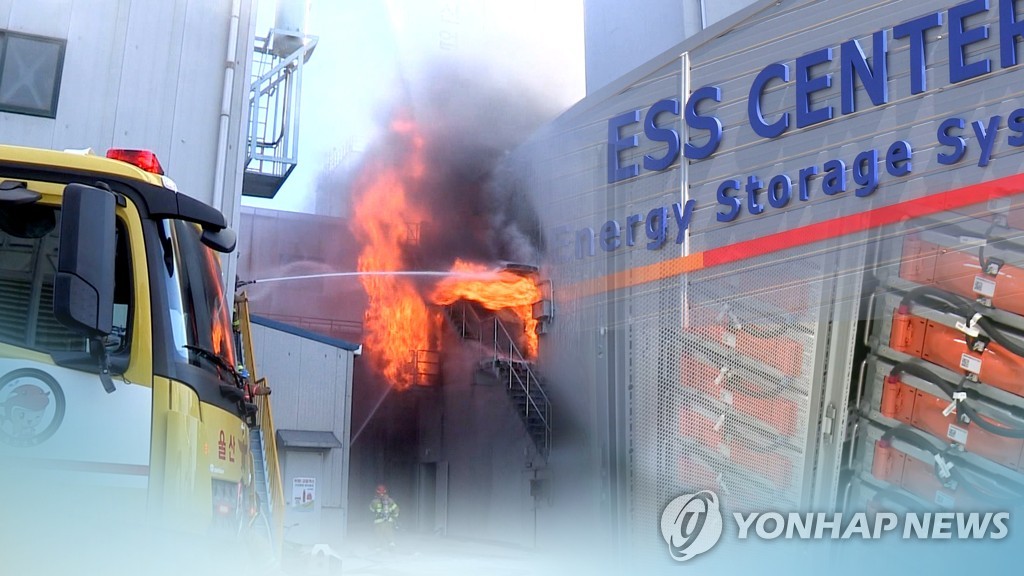 On Thursday, South Korean battery makers rebutted the claims made by the panel.

"We do not believe that batteries were the main cause for the fire," LG Chem said in a statement, responding to the panel's report.

LG Chem said it has carried out experiments on its batteries under extreme conditions, and none of the results led to a fire.

"The panel says it has found evidences of melting inside the collected batteries, but the phenomenon can also be observed in batteries when fire spread from other parts," the company added. "We cannot jump to the conclusion that batteries caught fire internally."

Samsung SDI echoed the view, saying it does not believe its batteries were the main cause of the accidents.

"If the investigation was to be correct, we should have observed fire from other similar sites installed with the same product," the battery arm of South Korea's top conglomerate Samsung said.

"Like gasoline can only catch fire when there is a flame, ESS products are flammable but we cannot conclude they were the cause of the fire," it added.

LG Chem, meanwhile, said it will nevertheless recall the batteries of concern produced from its China-based production line as a safety measure.

The affiliate of South Korea's No. 2 tech giant LG Electronics Inc. recently said it swung to a loss in the fourth quarter from a year earlier due to one-off costs related to the new safety measure.