SEOUL, Feb. 6 (Yonhap) -- South Korea discharged its second coronavirus patient from hospital as she has made a full recovery and shows no signs of the illness, health authorities said Thursday.

The 35-year-old Chinese woman -- who came to South Korea from the Chinese city of Wuhan, the epicenter of the ongoing novel coronavirus outbreak -- was the first person to be confirmed with the illness in the country, according to the Korea Centers for Disease Control and Prevention (KCDC).

She was diagnosed with the virus on Jan. 20 at Incheon International Airport on her way to another country and was initially treated for pneumonia -- and even had to rely on respirators. She has since recovered and passed the KCDC's screening tests.

Under existing rules, a person who passes polymerase chain reaction tests twice within 24 hours can be released if he or she shows no other symptoms. In such cases Seoul listens to the views of medical professionals to make certain the person poses no risk to society.

The doctors, who had treated her at Incheon Medical Center west of Seoul for the last 18 days, said that they used the human immunodeficiency virus treatment drug Kaletra. The same drug was used on another patient who was released on Thursday.

They added it is uncertain if the drug actually works, although they know their counterparts in China are using it on their patients.

The doctors said that their Chinese patient expressed a desire to return home to Wuhan.

Her release brought down the number of Chinese nationals being treated for the viral infection in South Korea to three.

South Korea has so far reported 23 confirmed cases of the illness. The release of the second patient brought down the number of people currently being treated here to 21. 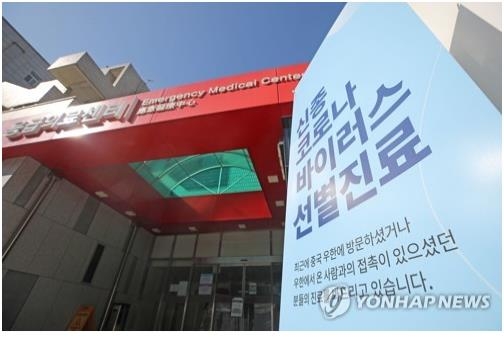