Making public the 2020 road map for "regulatory innovations" in the economic sector, the government said it will allow new industries to develop in an amicable environment and impose necessary regulations later.

New major industries that will benefit from the initiative include software, future-generation cars, drones and medical devices.

Under the so-called negative regulation scheme, the government will impose comprehensive deregulation on new products or technologies to facilitate their easy market access and later implement regulations, if needed.

President Moon Jae-in has campaigned for innovative growth to help prop up the sagging economy.

Prime Minister Chung Sye-kyun said the government will pump up efforts to ease excessive regulation this year to make people and companies feel the impact of the government's initiative.

"To take the lead in the fourth industrial revolution, the government will push for deregulation in new industries, such as hydrogen cars and big data," Chung said while presiding over a meeting on state affairs.

The government will also relax unnecessary regulations in such areas closely linked to people's living as child care and education. 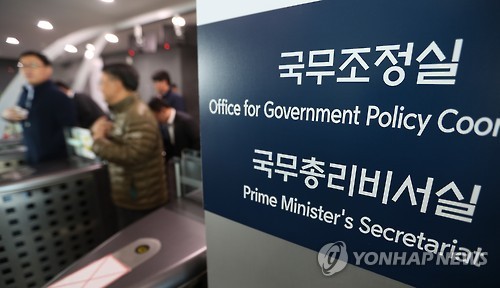