SEOUL, Feb. 6 (Yonhap) -- Foreign Minister Kang Kyung-wha said Thursday that South Korea and the United States still have "big" gaps in their negotiations over Seoul's share of the cost for stationing American troops here despite a broadening of "mutual understanding."

Her remarks came as the two countries are preparing for the seventh round of negotiations expected to take place in Seoul this month to determine Korea's payments for the upkeep of the 28,500-strong U.S. Forces Korea under the cost-sharing deal, called the Special Measures Agreement (SMA).

"Though gaps are still big, the two countries have deepened mutual understanding much more, and we are in a situation where we have to make an agreement based on that understanding," Kang said in a press briefing. 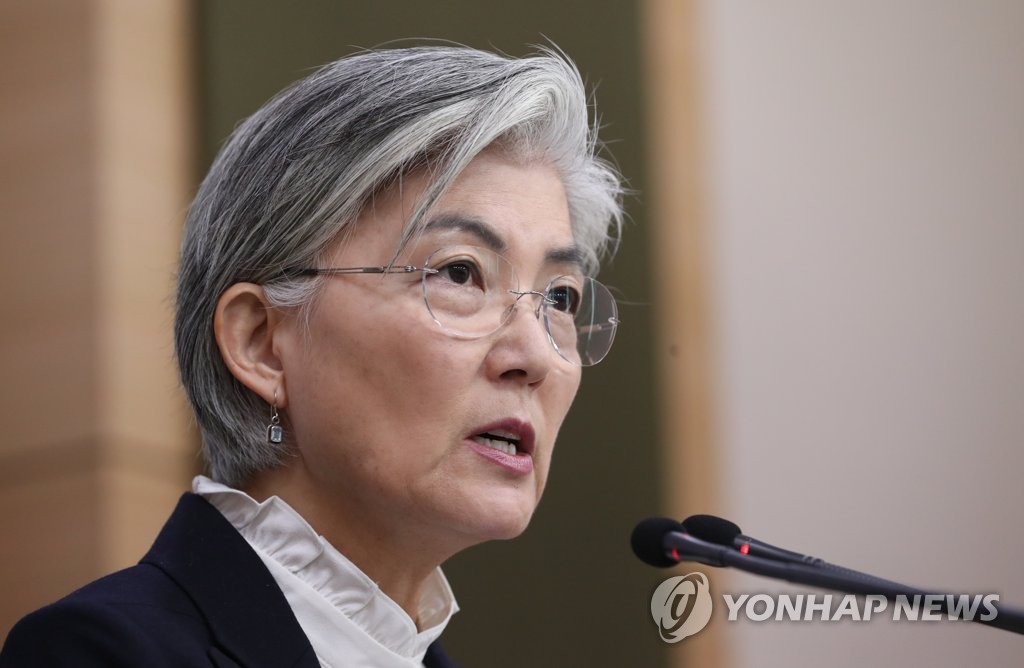 The two countries held the latest round of negotiations in Washington last month but failed to reconcile differences on key sticking points, such as the total amount of Seoul's financial contributions and what should be covered by the new SMA.

Kang said that both sides are well aware of the need to swiftly reach a new deal as it is subject to a ratification process by South Korea's parliament, whose deliberation process can come to a halt during the April general elections and the subsequent reorganization of its standing committees.

"Though there have not been face-to-face talks (since the last negotiation last month), the two sides have continuously communicated via email or phone, and both countries are well aware that there is a shortage of time given the parliament's schedule," Kang said.

Kang also said that Seoul's negotiating team has been taking into account the concerns that a delay in clinching a new deal could force South Korean workers at U.S. bases to go on unpaid leave and hamper USFK operations.

The U.S. military has already sent a notice of potential furloughs to its nearly 9,000 Korean employees, saying that absent a new SMA, they could be furloughed starting in April.

"I can't predict when a deal will be struck, but we will engage in the negotiations with the protection of our workers' rights in mind," she said.

Last year's SMA, which expired in December, called for Seoul to pay around US$870 million.